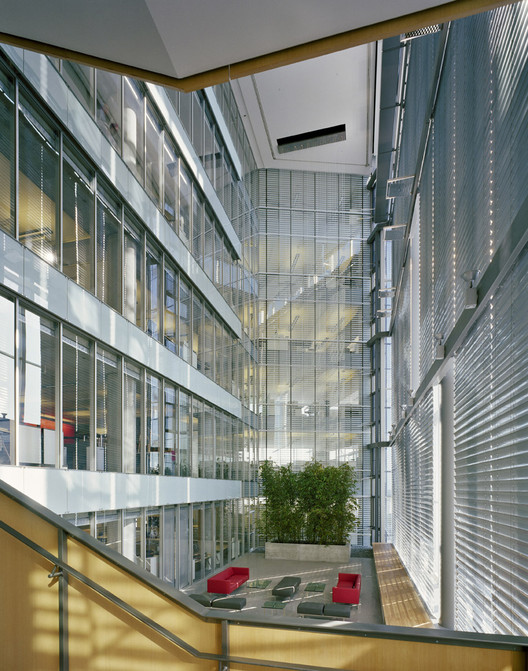 Manitoba Hydro is the major energy utility in the Province of Manitoba, the fourth largest energy utility in Canada and offers some of the lowest electricity rates in the world. Owned by the provincial government, nearly all of its electricity comes from self-renewing water power. Its new headquarters tower, Manitoba Hydro Place, is the first of the next generation of sustainable buildings integrating time-tested environmental concepts in conjunction with advanced technologies to achieve a “living building” that dynamically responds to the local climate.

Located in downtown Winnipeg, the city is known for its extreme climate, with temperatures that fluctuate from -35ºC (-31 ºF) to +34ºC (95 ºF) over the year. The 64,500 m² (695,000 ft²) tower is targeting less than 100 kWh/m²/a compared to 400 kWh/m²/a for a typical large scale North American office tower located in a more temperate climate. The architectural solution clearly responds to the client’s vision, and relies on passive free energy without compromise to design quality and, most importantly, human comfort.

The street address, 360 Portage Avenue, encapsulates the three-hundred and sixty degree approach of the formal Integrated Design Process (IDP) mandated by the client to achieve the objectives of 60% energy savings, supportive workplace, urban revitalization, signature architecture and cost effectiveness. The site was strategically selected because over 95% of the bus routes pass this address, including routes to suburban Winnipeg where 80% of Manitoba Hydro employees live. The IDP process was greatly enhanced by extensive computer modeling using local wind, sun and temperature data to evaluate design options. The building is already projected to outperform its original energy goal by 64% or higher.

Dubbed an ‘Open Book’ by citizens of Winnipeg, the tower design forms a capital ‘A’ composed of two 18-storey twin office towers which rest on a stepped, three-storey, street-scaled podium. The towers converge at the north and splay open to the south for maximum exposure to the abundant sunlight and consistently robust southerly winds unique to Winnipeg’s climate. The podium includes a publicly accessible Galleria to offer citizens a sheltered pedestrian route through the full city block. Narrow floor plates and tall floor-to-ceiling glazing allow sunlight to penetrate into the core. A double façade curtain-wall system made of low-iron glass forms a one metre (three foot) wide buffer zone. It is comprised of a double-glazed outer wall and a single-glazed inner wall which insulates the building against heat and cold. Automated louvre shades control glare and heat gain while radiant slabs act as an internal heat exchange with the geothermal field.

A 115 metre (377 foot) tall solar chimney marks the north elevation and main entrance on Portage Avenue, and establishes an iconic presence for Manitoba Hydro on the skyline. The solar chimney is a key element in the passive ventilation system which relies on the natural stack effect. The chimney draws used air out of the building during the shoulder seasons and summer months. In winter, exhaust air is drawn to the bottom of the solar chimney by fans, and heat recovered from this exhaust air is used to warm the parkade and to preheat the incoming cold air in the south atria.

In contrast to conventional North American office buildings which use recirculated air, Manitoba Hydro Place is filled with 100% fresh air, 24 hours a day, year round, regardless of outside temperatures. Within the splay of the two towers, a series of three, six-storey south atria, or winter gardens, form the lungs of the building, drawing in outside air and pre-conditioning it before it enters the workspaces through adjustable vents in the raised floor. Depending on the season, a 24 metre tall waterfall feature in each of the atria humidifies or dehumidifies the incoming air. During colder temperatures, recovered heat from exhaust air, and passive solar radiant energy are used to warm the fresh air. The conditioned air is drawn through the raised floors into the office spaces through under floor fan units. Building occupants, computers and other sources of heat cause the air to rise, which is then drawn north and exhausted by the solar chimney. In the shoulder seasons, the building relies solely on outdoor fresh air through the use of automatic and manually operated windows.

Manitoba Hydro Place also has the largest closed loop geothermal system in the province. 280 boreholes, each 150 mm (6”) in diameter, penetrate the site 125 metres (400 ft.) underground, circulating glycol which is cooled in the summer and heated in the winter by the ground source heat exchanger. Water is circulated through the heat exchanger and distributed through thermal mass of the concrete structure which in turn heats or cools the space consistently.

Manually operated windows on the interior curtain wall, combined with the automated exterior wall vents controlled by the Building Management System, allow employees to control their individual environment. This elemental detail reflects Manitoba Hydro’s commitment to the well-being of its employees, as well as to its goals for improved productivity and reduced absenteeism. Workstations and glass enclosed meeting spaces are organized into neighborhoods around each atrium to support individual and team-centred work processes. In both the north and south atria, interconnecting stairs promote physical activity, reduce reliance on elevators and provide opportunities for interaction between divisions. The podium rooftops feature deep soil intensive green roofs and accessible terraces, creating a lush landscaped outdoor amenity for employees, while also reducing stormwater runoff and providing additional thermal insulation. A reflective coating on the tower rooftops reduces the summer season cooling load and the urban heat island effect.

Manitoba Hydro is as invested in creating a supportive workplace and revitalizing Winnipeg’s downtown as it is in achieving energy savings and signature architecture. The building connects to the city’s elevated sheltered pedestrian network. In the former head office, located in the suburbs of Winnipeg, 95% of the employees drove to work alone. In anticipation of the transition, Manitoba Hydro secured a number of parking stalls downtown. At the same time, it created various incentives, including corporate participation in the Transit EcoPass program to encourage employee use of public transit. Six months after moving into the new building, more than 50% of relocated employees are leaving their cars at home. As a result Manitoba Hydro has been able to reduce its parking spots and has observed a five-fold increase in employee use of public transit compared to the previous year. Qualitatively, employees are reporting that they are enjoying time gained to read and socialize with colleagues.

With a vested interest in the downtown, leasing opportunities in the base building are limited in an effort to stimulate the support of local businesses, and to encourage staff to experience their city. Restaurants and bars are already reporting a tremendous increase in revenue as a result of the influx of over 1600 Hydro employees to the area.

Ultimately, Manitoba Hydro Place sets a precedent for the seamless integration of architectural excellence and climate responsive, energy efficient and sustainable design while enhancing and improving the quality and comfort of the human experience and the civility of urban life.

Thanks to v2com for this project! 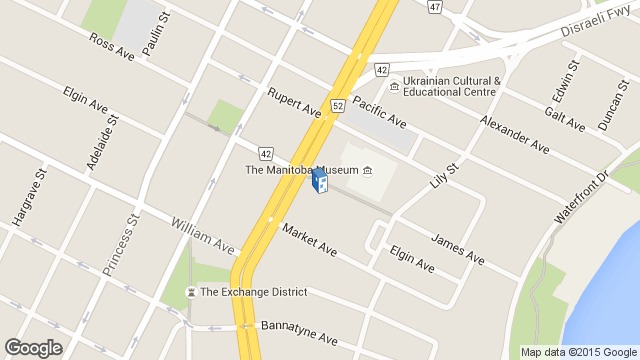