Save
8 B Nave / Arturo Franco 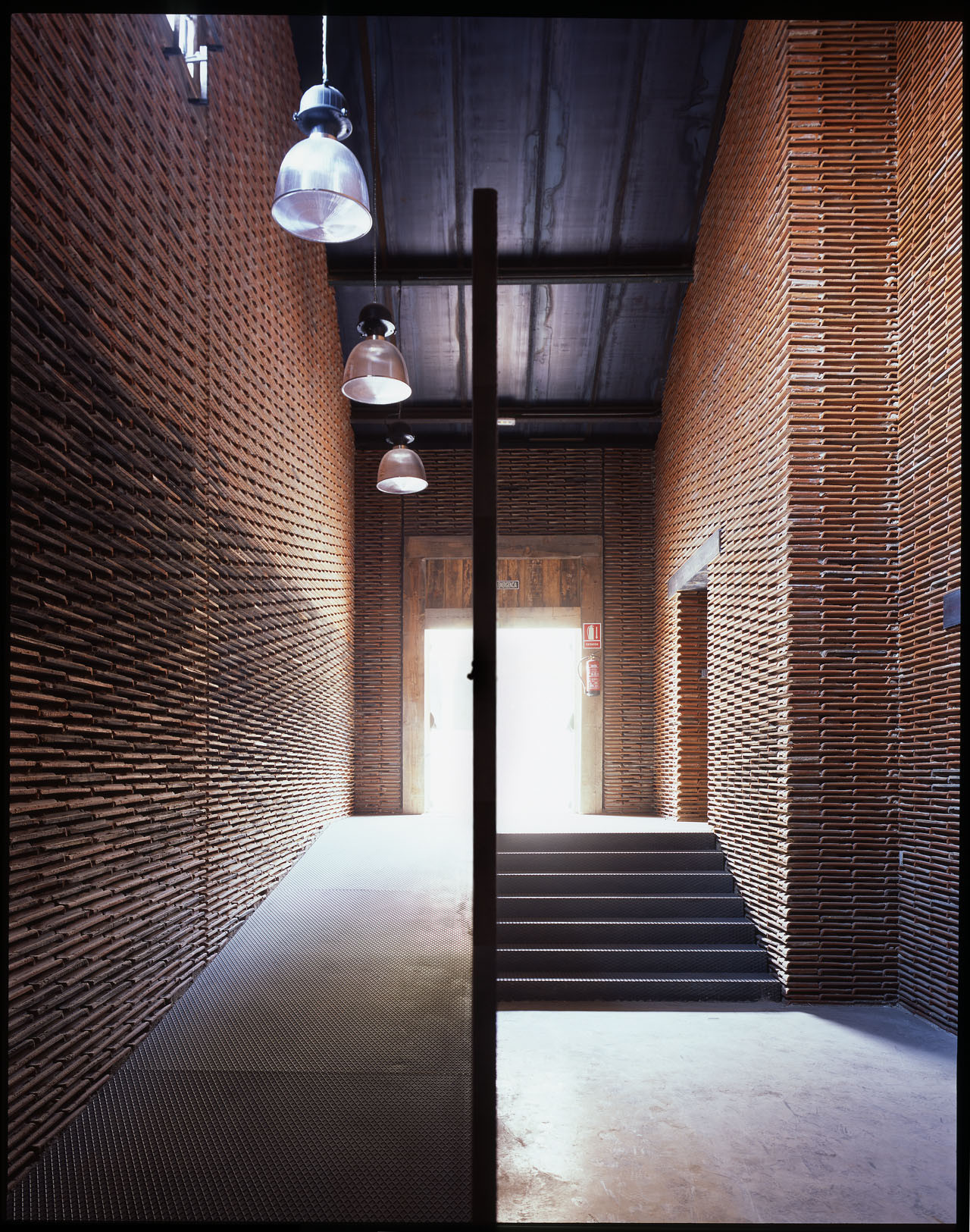 In a small nave of the old slaughterhouse of Madrid, nave 8B, the tiles of a roof in disrepair have been removed, piled, and brought inside to meet a need. This could be the summary of this intervention.

The slaughterhouse of Madrid was designed around 1907 and built during the second decade of the twentieth century by Luis Bellido, municipal architect. For nearly sixty years it was working as a large pantry in the downtown area. Throughout this time, it demonstrated its functional virtues and its spatial qualities. More controversial has proved, over the years, the style applied to the facades, far from the first approximations to the Modern movement that were explored in this type of industrial buildings in Germany, Holland and France. From the eighties, the slaughterhouse was moved to the periphery of the city. The small "industrial city" projected by Bellido fell into neglect and oblivion. In recent years the city of Madrid wants to convert this deteriorated complex into an avant-garde, cultural engine for the city.

The nave 8 B is the space for administrative management. A small working area, a warehouse and a multipurpose space for lectures or presentations. Originally, they were support areas for the storage of the remains produced in nave 8, where skins were dried and salted. It was a smaller nave but with an interesting space.

The priority of the intervention was to restore a flat tile roof, make a structural reinforcement, and condition the interior, thermally and acoustically, to serve new uses. This process had been carried out before in some other naves of the slaughterhouse, and as a result, mountains of debris accumulated, from tiles, timbers, cobblestones, and granite slabs, waiting to be taken to the landfill.

I would think that this project arose from opportunity. From having discovered an opportunity in those ruins.

On the way to explore all reasonable possibilities, the construction system becomes a generator of the project, in a place where there is a specific ethical stance towards rehabilitation and architecture.

How does that found object work? How does the flat tile work? How is it stacked? How is it prepared? What are its organoleptic characteristics, its weight? How are they joined? These are some of the questions that arise in the process. The absence of some elements produces lattices, the passage of light. Sometimes a whole piece for the walls, half a piece for the finishes. The problem of the corners, the lintels. The universal problems of architecture appear. At the same time and with the same intensity are also labor and imperfection. The imperfection of man and the old, the recovered. I recall a naïve order for the work: "Jose, twist yourself, it does not matter", and a response, a lesson from the manager: "I do not twist, for that there is always time." A work of many full of vibrations. The vibrations of the collective artisan, the artisan claimed Richard Sennett.

Like the forest hut by Swedish architect Ralph Erskine, in which he piled trunks for protection from the harsh winter, this project is also bioclimatic. It is bioclimatic because the tile contributes to the thermal and acoustic comfort, and it is sustainable because it reinvents itself with what is available. It is bioclimatic like small town architecture, as the hearth-fireplaces clad in ceramic found in the province of Soria.

It is an intervention that aims to respect a valid spatial configuration, without changing it. It is proof of the power of architecture as a qualified container, regardless of its uses. A classic, eternal concept of space, nothing to do with classicism, nor necessarily with Italy. Facing the style, supposedly "national", that Luis Bellido applied to façades, in this case inside, the style is diluted, disappears as heir to the former School of Madrid. Order, opportunity, engagement, contention or clarity without any a priori formal will. A land unknown to me, beyond the project, beyond any intention. The role of the architect takes a step back, is removed from the architecture on time. History is pendular or helical, if we understand it in three dimensions. This project undoes some paths traveled, intends to reach meeting points. It advances receding, as the rowers, looking back, as Oteiza explained. From Moorish tiles, from the woman's thigh as a mold, and its manual placement, it moved on to an industrialized application and its flat version. Now industrial elements, inert, are understood differently, decontextualized and placed with the unpredictability of manual labor.

This project aims to understand architecture as an intellectual, cultural, and ethical experience. Not to be confused with social or political positioning. 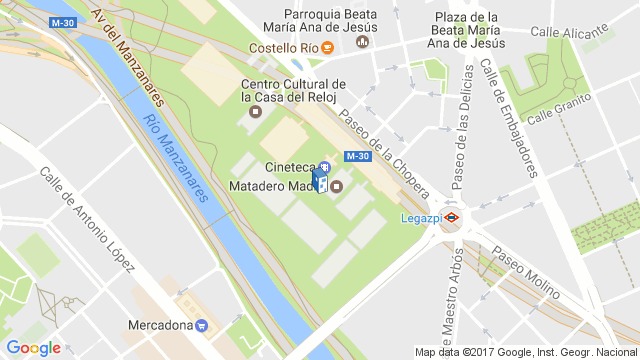 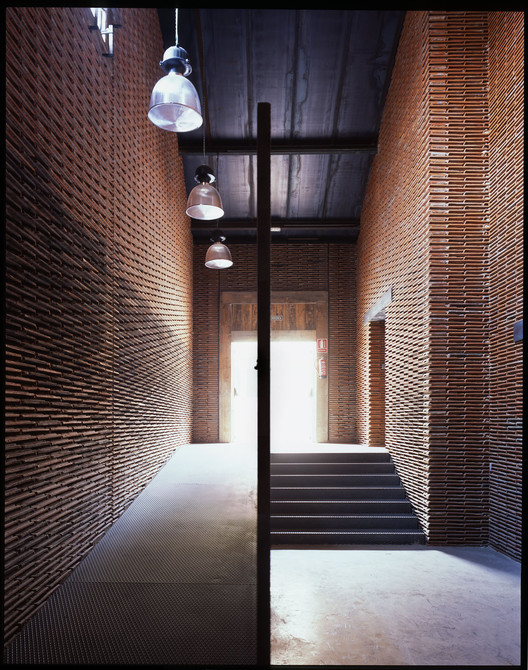