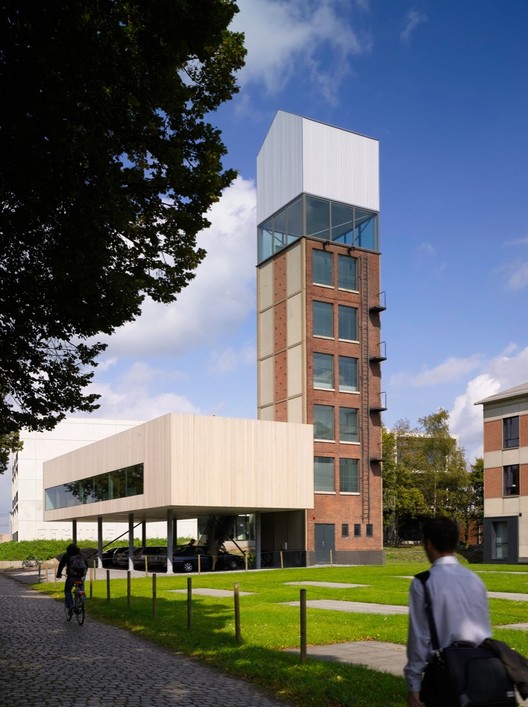 Text description provided by the architects. The former hose tower of the old fire station is located at the middle of the site where, as a result of new development, space is provided to the housing of the "creative" industries. The site receives a campus-like character with the hose tower as a centrepiece and striking landmark. The renovation of the tower and the construction of the pavilion is tailored to the needs of the agency to both a general workspace where employees perform their work in specific areas for receiving guests, giving presentations, holding meetings and working in isolation.

The spaces are strictly separated by a transparent zone which also has access to the office. Underneath the timber-clad pavilion can be parked and thus corresponds to the park and open environment. From the first floor is a beautiful view over the developing area with his monumental trees. Nothing in the room recalls the stereotypical office. High fixed ceilings, cove lighting and carefully detailed office furniture give the office a degree of serenity and tranquility. A restrained detailing adds to the pure appearance of the object. The rooms in the tower have a similar quality of finish. Here also plays the old shell of the tower with its walled steel construction an important role in the amenities of the room. The rooms are accessed by a steel staircase that eventually leads to the upper floor, a meeting room with a panoramic view of Breda.

This archetypal space literally follows the contour of the new building and is therefore at its highest point approximately 9 meter high. 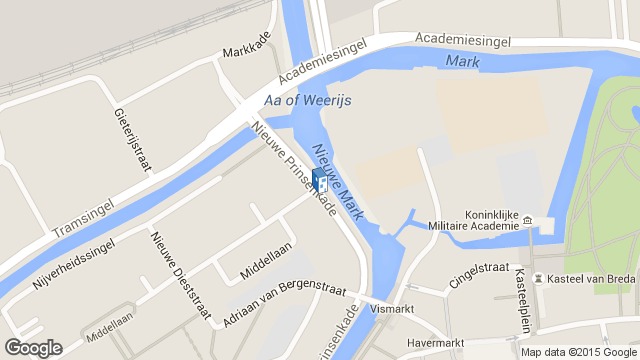