Save
Pier House / a GR a u + Mariana Simas 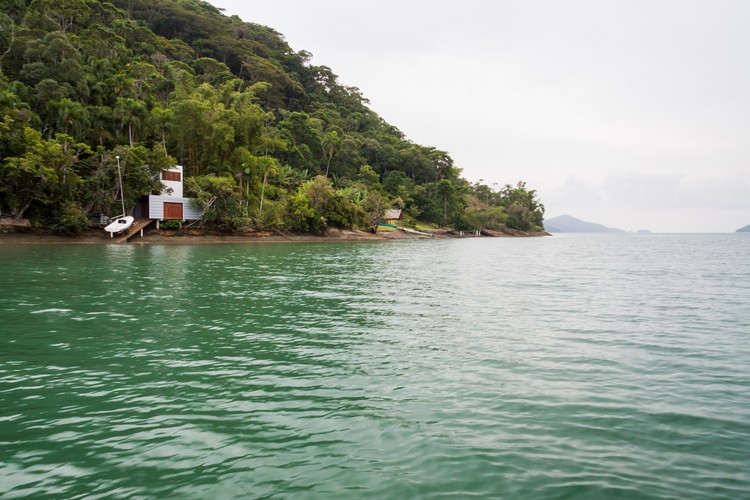 Text description provided by the architects. The “pier house” was built to house a sailboat during the week and its owners during the weekends. The alternate usage was suggested by the clients, a young couple from São Paulo.

The proposal was to divide the house in two volumes. The first one is a solid box covered with whitewash, and its “muxarabi” windows filter the light and allow permanent ventilation. It is the result of the region’s typical construction method, a legacy from colonial times.

The second one was constructed with metal tile and pre-fabricated wood structure. This building has profited from the construction’s industrialization in order to dispense the building site and thus avoid the environmental impact.

The house situation in the site has been defined by two premises: the need for proximity to water in order to the boat to enter and preserve the dense vegetation of rainforest. The site is in the Saco do Mamanguá, RJ, a tropical fjord accessible only by boat without power, the very archetype of lost paradise. In this context, the house is pier together the idea of the "noble savage" with modern "eulogy of the machine".

Like a sailboat, poetic symbol of harmony between nature and human condition and, currently, subject of an ultra-sophisticated and green design, the pier house is the house of the “natural man” that makes use of sustainable benefits of technological advance. 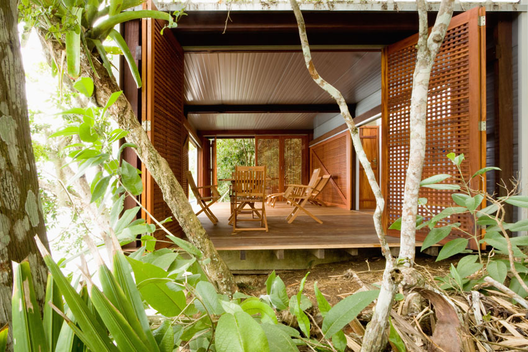 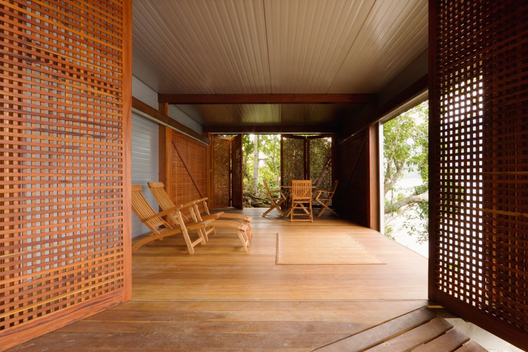