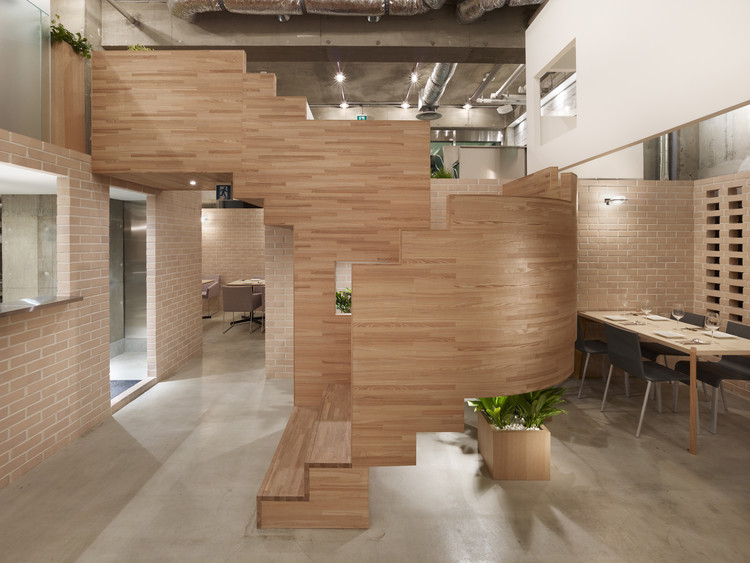 Text description provided by the architects. This project is for an organic restaurant on Jiyu Street, which is only a short walk from Komazawa Olympic Park, one of the largest parks in Tokyo. The restaurant is on the ground floor of a three story apartment building and is a half level underground.

The restaurant has three basic functions: a takeout bistro, an organic food shop and a restaurant. The most distinctive feature of the premises lies in its floor level, which is 1.61m below the ground level of the entrance. This means that the interior ceiling height is 4.39m.

The starting point of our design was to study the arrangement of the three functions in this volume. By placing the restaurant on the half underground floor, the takeout counter at the front entrance at ground level and the shop shifting diagonally away from the takeout counter, we could allow light into the restaurant area from the facade aperture above. The shop space is 0.56m higher than the takeout space as the kitchen fits beneath it.

There are three floor levels for each function, so people move up and down through the space. We created different walls in the upper and lower spaces, partitioning the space in different ways so that people can experience different circumstances and be curious about the other spaces.

In the upper space, a white wall hide the original wall and equipment like air conditioning systems  and piping. The wall also serves as a frame which emphasizes the graphics, plants or interior scenery of the restaurant. This wall surrounds the stairs and delineates a large void in the interior of the space. In the lower space, you can still sense the form of the white wall floating above your head, which is quite different from the plan of the restaurant floor which is partitioned by brick wall. The brick wall turns at a right angle many times, creating hall space on the inside. It also forms a private room, kitchen and storeroom on the outside between the brick wall and the original wall. The hall space is divided into three places but at the same time they connected. We distributed small plantings so that they would be visible from anywhere in the interior. 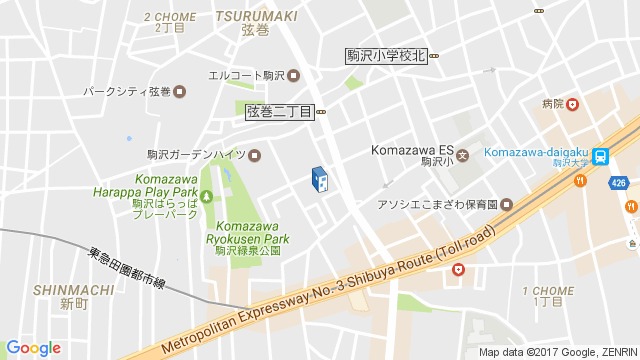