The Rogers House, designed by Richard and Su Rogers in 1968, is one of the lesser known architectural works from the master who went on to design the Centre Pompidou in Paris with Renzo Piano. The house, which represented British Architecture at the 1967 Paris Biennale, was commissioned by Rogers' parents and was granted Grade II* Listing in February 2013 - a rare accolade for a building so recent - cementing its importance in the architectural heritage of the United Kingdom.

Described by Rogers as "the most successful small project I've been involved in", the house carefully balances the openness of shear glass facades with the need to provide his parents with privacy and seclusion - a task made harder by the building's location, just a short walk from Wimbledon Village in central London. Incorporated within the design is a separate flat and pottery studio which were positioned to provide a sound barrier between the house of the adjacent road. It is, essentially, "a transparent tube with solid boundary walls". 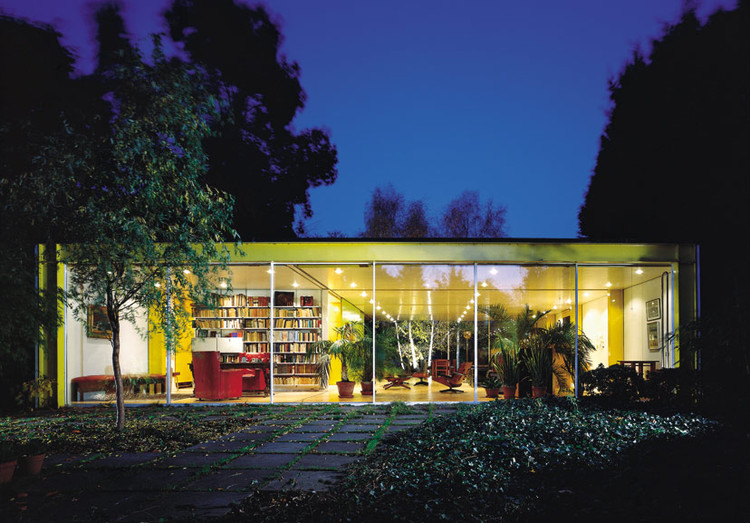 "The steel structure is brought inside the skin to eliminate maintenance and to simplify junctions between structure and skin. Eight welded clear-span rigid portals fabricated in standard steel sections permit maximum demountability and the re-use of the enclosing envelope and internal partitions. Walls are composite panels of plastic-coated aluminium inner skins with foam plastic core and neoprene jointing system. Flexibility was a high priority and most internal partitions are moveable. Maximum-sized, double-glazed, sealed units in painted steel frames have been used, and glazed roofs, neoprene-zipped and solar-reflecting, enclose the bathrooms" (Rogers Stirk Harbour + Partners).

Having been originally designed for Dr. and Mrs. Rogers and still owned by the family, the building is currently on the market for the first time. The significance of the building in architectural terms has been celebrated through a Grade II* Listing that describes the design as "a masterpiece from one of the most imaginative and exciting periods in private house building in this country". 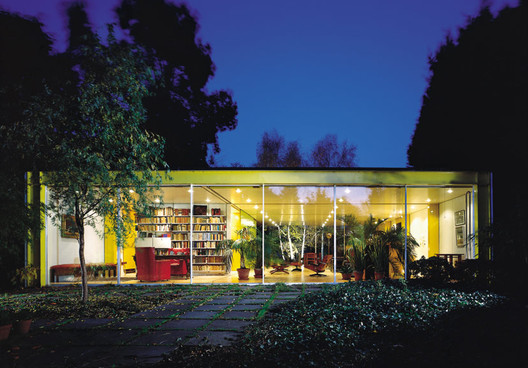