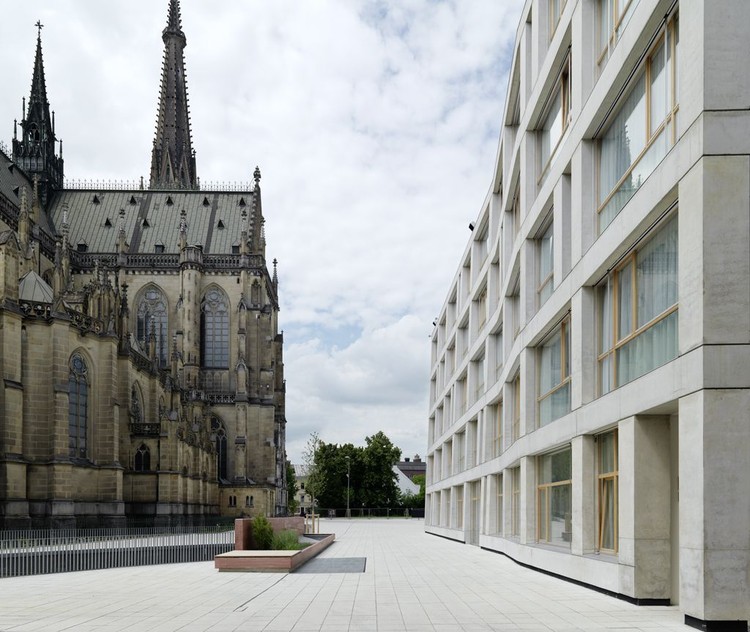 Text description provided by the architects. The neo-gothic Mariendom cathedral of Linz, on which planning commenced in 1855 and which was consecrated in 1924, is the largest church in Austria. Domplatz square was itself a muddle in comparison and might be described as almost “unfinished”, given that the original idea to free up the entire quadrangle between the streets called Stifter-, Hafner-, Baumbach- and Herrenstrasse, by removing all buildings and creating a park, was not implemented. Instead various interventions such as privately created front gardens and the construction of garages led to a heterogeneous situation, which was unsatisfactory from the point of view of urban planning and was to be resolved by means of a competition. The latter was also to include the construction of a hotel and underground car park as well as the revitalisation of two existing baroque buildings on the southwest side of the square.

One of the important fundamental ideas behind the project was to create a new urban planning situation. Domplatz square was freed of various developments, and the cross-grid arrangement of paving hinders the emergence of a dominant directionality so as to favour a generous, neutral surface that permits a rich variety of uses. In the area of the existing buildings by Herrengasse a compact, distinct ensemble with mini-squares and alleys was created through forging links with the surrounding streets and by means of the solitary positioning of the new hotel; concentrating the now urbanised Domplatz at the interface to the heart of the city, a place at the square. Both baroque houses were returned to original, revitalised and improved. They now house long-stay apartments, a restaurant and seminar facilities.

The new hotel is a confident, sculptural solitaire building, on the one hand reacting to the arrangement and vertical extent of neighbouring buildings and, on the other, offering a response to the simultaneously delicate and dominant structure of the cathedral. The building “floats” above the square, its mass dissolving into a concrete framework, whilst its morphology, with folds in the facade and a profile becoming more slender towards the top, connects with the form of the cathedral chancel and underlines the small component ensemble effect achieved together with the existing baroque buildings. A funnel-shaped atrium, lit from above, cuts through the hotel building, thus ruling out narrow, dingy corridors and repeating the theme of transparency and openness in the interior. The actual rooms are spacious and airy, with full-height glass walls offering a sense of close involvement with the cathedral and immediate surroundings. 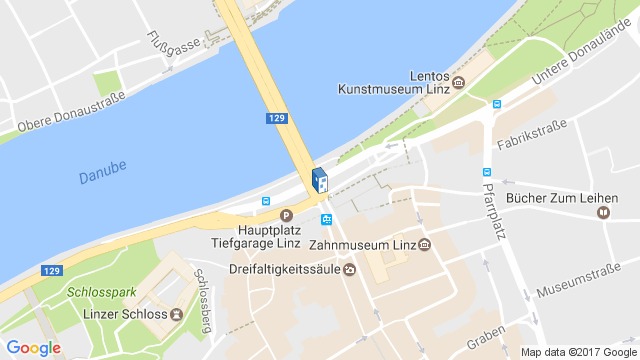 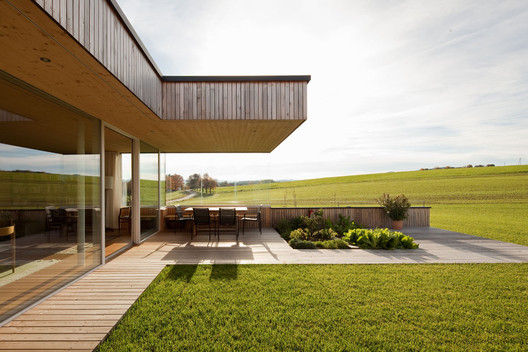