Architecture firm, penda design house, led by Chris Precht and in collaboration with Alex Daxböck, submitted designs of a pedestrian bridge for the RIBA-sponsored Salford Meadows Bridge Competition in England.

The "O" is an elegantly simple concept, manifesting itself as a striking reinterpretation of a traditional pedestrian bridge. The multifaceted bridge offers unique and evolving perspectives to approaching pedestrians, culminating in a mesmerizing ellipse that engulfs those crossing the Irwell River. "Creating an inviting gesture for the Salford meadows was a main goal," says Precht, we envisioned "a transition space, where the structure almost hugs you." 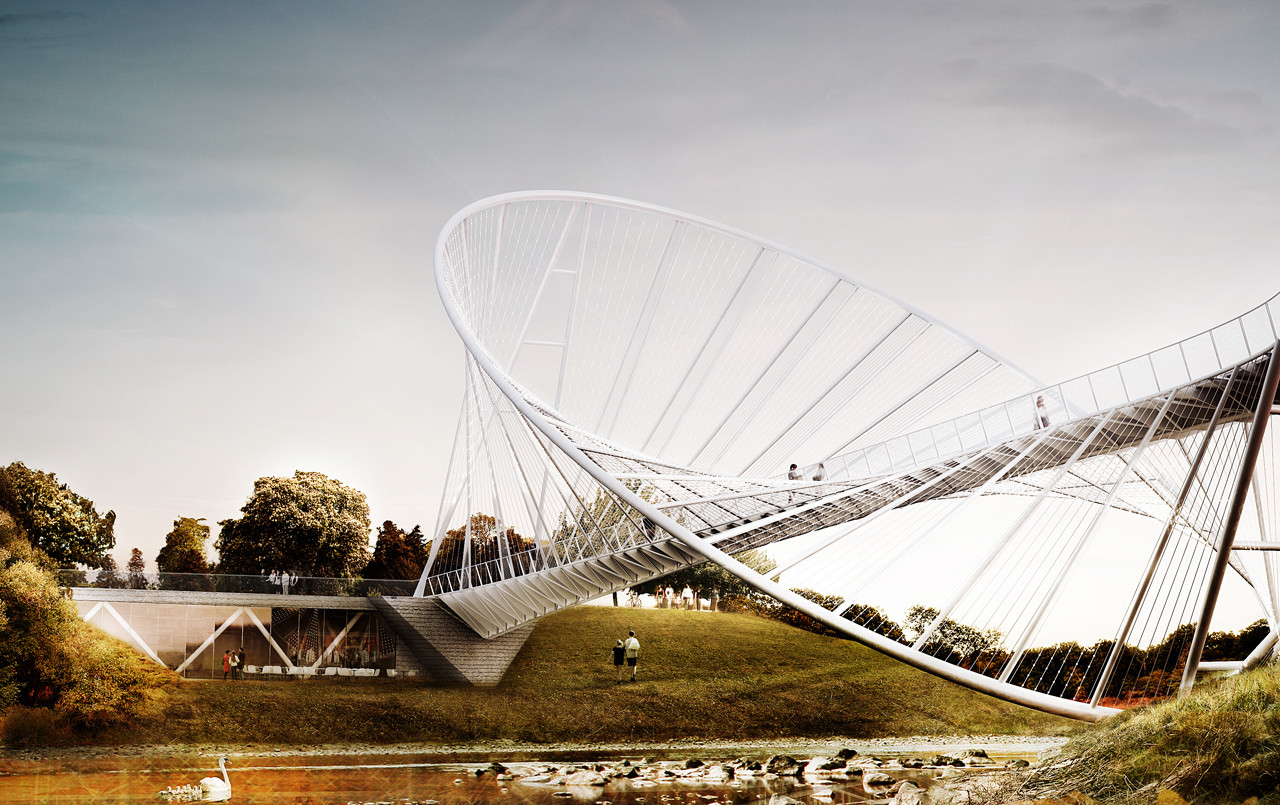 "The structure, therefore, is not just for functional reasons. I usually enjoy having a formal concept or symbolism already in mind, from which the design is generated from, especially when the brief asks for a landmark," he adds.

The wooden walkway spans 67.5 meters (221 feet), merging onto a terraced landscape and a cafe nestled into the river's bank. Two concrete bearings support the massive welded steel tubes upon a continuous truss system without ever touching down within the water. Suspension cables reflect and collect sunlight in LEDs during the day, allowing the bridge to glow at night, thereby encouraging around-the-clock public usage.

The judging panel, made up of seven local officials, will announce the winning entry near the end of November.