Kevin Roche and John Dinkeloo established their own practice in 1966, after heading the firm of Eero Saarinen for several years. The Ford Foundation Headquarters is regarded as the pair's first major success, a combination of Roche's unique ideals and Dinkeloo's innovative structural solutions. They introduced an office typology in which employee interaction extended beyond departments and levels, reaching even to the public. 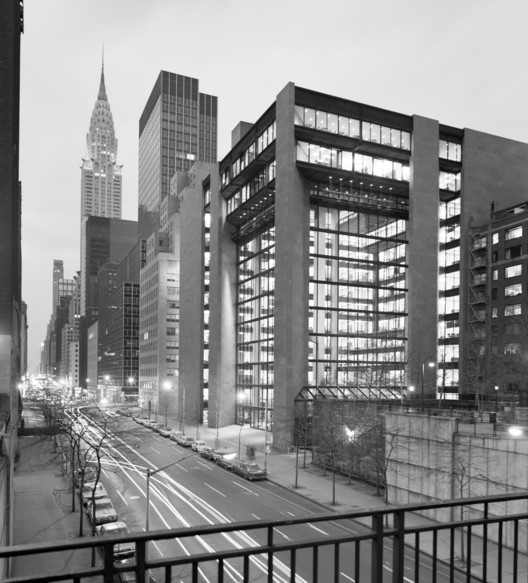 The Ford Foundation is unusual for Manhattan in that it occupies fewer square feet than the site allows. Rather than designing a shorter building to cover the entire site but break the existing skyline, the architects took advantage of the excess space. The offices occupy only a portion of the site, with the remainder devoted to an interior garden within a greenhouse-like atrium. The flourishing vegetation and generous space provide a focal point for the workers and an interface between the Foundation and the city.

The company originally occupied eleven stories of a traditional office building, with relative isolation between floors. Wishing to create a sense of community, Roche and Dinkeloo arranged the new offices in a C formation. All occupants are able to see each other across the garden and benefit from the natural light offered by the glass walls and skylight overhead. The lower floors are stepped back to create terraces overlooking the garden, accessed from each office through sliding glass doors. While coworkers are aware of each other on the interior facades, the individual office is lost in the composition of repeated units, offering privacy and anonymity to its occupants.

Inspired by bridge and highway construction, the straightforward structure is composed of load-bearing concrete and weathered steel. The steel beams span 84 feet, freeing the south and east facades. Ten-story glazed walls are set back from the columns, dissolving the distinction between interior and exterior. The garden is visible to the public through the towering, transparent walls, creating a visually open space on 42nd Street. The main entrance is located on 43rd Street, characterized by a smaller, residential scale. The steel roof trusses are inlaid with glass, forming an intricate, prismatic skylight.

The structural concrete is clad in South Dakota granite, relating the Ford Foundation to its context. The stone’s gray and purple hues and the reddish brown of the weathered steel form a color palette that blends with the surrounding buildings. On the interior, the industrial materials contrast with the bright green of the subtropical garden.

The Ford Foundation received wide acclaim from the architectural community, including critic Ada Louise Huxtable, and contributed to Roche winning the Pritzker Prize in 1982. Kevin Roche John Dinkeloo and Associates completed several iconic projects in New York City, including the Metropolitan Museum of Art and the United Nations Plaza. Both projects were featured in a recent exhibition of Roche's work at the Museum of the City of New York. 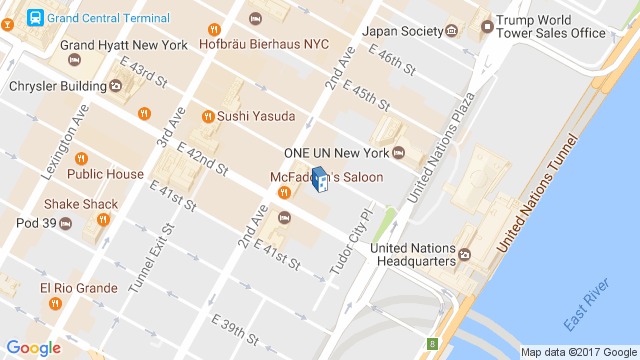 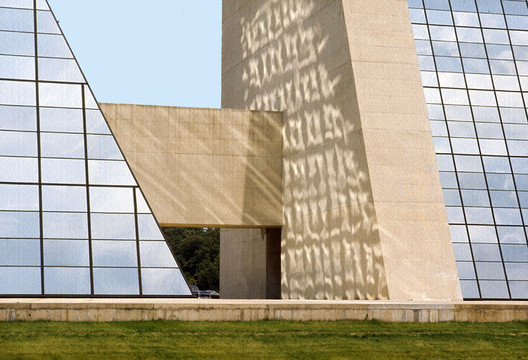