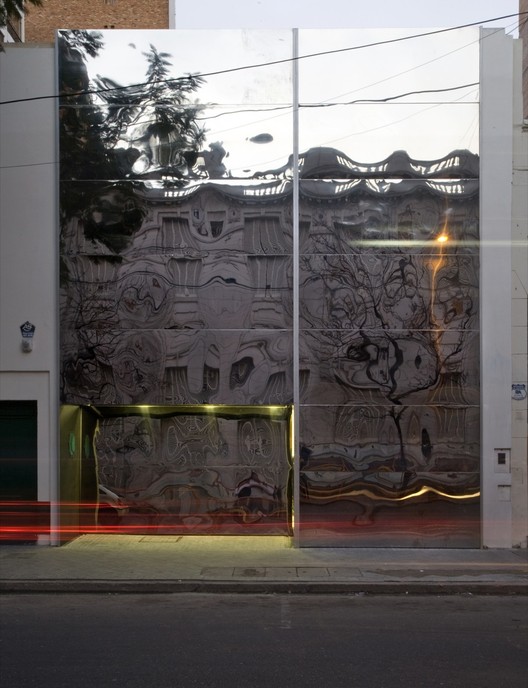 Everything happens and nothing is remembered in those crystal cabinets where, as great rabbis, we read books from right to left JLB "Retiro del espejo su vivo retrato"

I enter the project with metaphors, perhaps because it was the first way that the primitive communicated with the medium, when it knocked down the animal barnyard and its thinking began to be symbolic. This, which I don't know what it is, hides behind it an assisted fertility clinic. Reproduction. Where the idea has more value than the content, meaning as constructive principle. Reflection as a metaphor for reproduction. Borges, who hated them, said "mirrors and fatherhood are abominable because they multiply and disseminate it".

From "the discipline", there is a temptation to classify it as minimalist, or baroque. It is both, simultaneously. Coinciding with that definition of JLB which states: Baroque is that style which deliberately exhausts, or want to exhaust, its possibilities, and that borders with its own caricature. In this view, minimalism and baroque are the same, one for abundance and the other for scarcity, taking their possibilities to the limit. That is the view that I'm interested in when analyzing a project, where form is the result of interpretation. I still think that the architect is one who interprets, not one who builds.

The question that inevitably arises is: What is this thing? Is it architecture? And, what do we call architecture today? Is it still defined the same way? Is it still what it was? It remains a discipline today, when disciplinary societies have come to an end, as Foucault puts it.

An architecture unable to make a mark, a trail, to reconstruct a past. Is it architecture? A work which has no form, which does not care about the weight distribution or circulation, or about the shadow - only dedicated to ignore gravity. Its image is displayed uninhabitable, an impossible space of reflections. And while reflecting, it is not a mirror, although it looks and is seen, it does not reproduce: it interprets. Immaterial, it behaves like fluids that reflect imperfect images, a liquid architecture. Only an illusion, as the one of those who come to this place: an assisted fertility clinic. There is no indication that it is habitable, no doors, windows, cornices, everything that differentiates architecture from a sculpture or monument. These, the monuments, appeal commemoration to memory. The mirror has no memory, its image is constantly changing. It is unable to retain a memory. It disturbs half of the block, it does not protect, it surprises. It is contextual in any medium, it despises the concept of place, even though it lives from it, it consumes the place, it could be anywhere, in Venice, in the Argentine pampas, in NYC, in a Favela, and it will always be otherwise narrating what is happening around it to say something else, not what it is and what happens in it, nor its history, that is, where it comes from. The architecture always says, in its language, what it is: I am a house, a building, a jail, a school... etc. This project tries to interpret what happens around it differently, and see how this transforms... it does not copy reality, it disturbs and mocks it. It is a parasite that consumes images. Just as architecture is the reflection of the past of the society it shelters, the facade of this project acts in reverse, it is the reflection of what is happening around it, always during the present. It is not a noun, it is a verb. It is not in the time or space that extends in vain an uncertain reality. The image that appears on it is the reality of an unreal world, contradictory. It is not sought, it is found, like the sperm that is formed by the reflection of light from the street, a coincidence.

The project is materialized not with the perfection of steel used in the first world. It seeks imperfection, sensual images of pure distortion and imperfect movement, like humans, which it aims to engender.

Man ... is only an invisible point at a crossroads, an edge of mirrors ..." JLB

It is not present like architecture, it is shown absent, it exists only via the other. A parasite that feeds on events. Insubstantial, immaterial, not made of nouns, it is only realized with verbs, with actions, not with material constructions. Just like the city.

Inactual, unable to catch the past, it is crouching in vain to catch a glimpse of an imperfect future, which it may not harbor. For an ontology that does not think of the being as a fully realized structure, that serves as support or substance to the entities, but rather as a permanent event as it happens, as a continuous origin, philosophizing means recognizing essences only in the sense that Heidegger adopts the word Wesen (being) in German, not as a noun but as an infinitive verb........... As Quetglas says.

Paradoxically, between metals there are those with memory and without. Copper has no memory,  if folded, it does not go back to its original state, stainless steel does. But this facade has no memory, it can not remember a style, a way of doing, a time, or tells us its usefulness. It is just spectacle. Without memory, continuity of meaning is lost, of language, of judgment. It collects events only to forget them. It is poor in wealth.

It's not just an image of itself like architecture. Its escapes its conceptual network to be with others and not be like everyone else. I am back to bother Borges: "I see them infinite, elementary, executors of an ancient pact: multiply the world as the generative act, sleepless and fatal." Disturbing the limit, a temperamental void, repetitions, ambivalence, blind design.

As a vertical horizon that divides the earthly from the divine, or the real from fantasy.

This is about recovering the tradition in a deviant manner, deformed to highlight that this is another time another space, so it should have another language, another syntax, trying to highlight the interruption of historical narrative. Or at least remove it from the role of performances to transform it into an "insignificant" story.

Against the transcendence and profoundness of architecture. Reflecting the physical nature of its medium, to its retrospective nature trapped on a flat surface with an apparent depth, revealing the superficial functioning of language. There is nothing here, just appearances, images. Looking to destroy the existential link that binds the natural world and architectural work.

PS: The facade defaces the images and in some cases, depending on the position, it distorts the silhouette and the picture looks pregnant. I told a friend that when she goes inside, she should do so carefully, because it makes one pregnant, and does not even discriminate by gender. She told me that the factory had closed and an amusement park was put in place.

In this project I am interested in talking about the contact between the private with the urban.

The access arises when a front module is pushed back to open up a void that allows one in or out. That is, the verb, enter, exit, close, open, and not the noun door. In all my projects I'm interested in that space linking the private with the public. 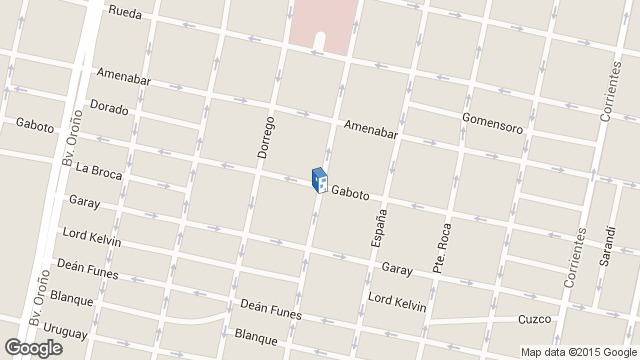