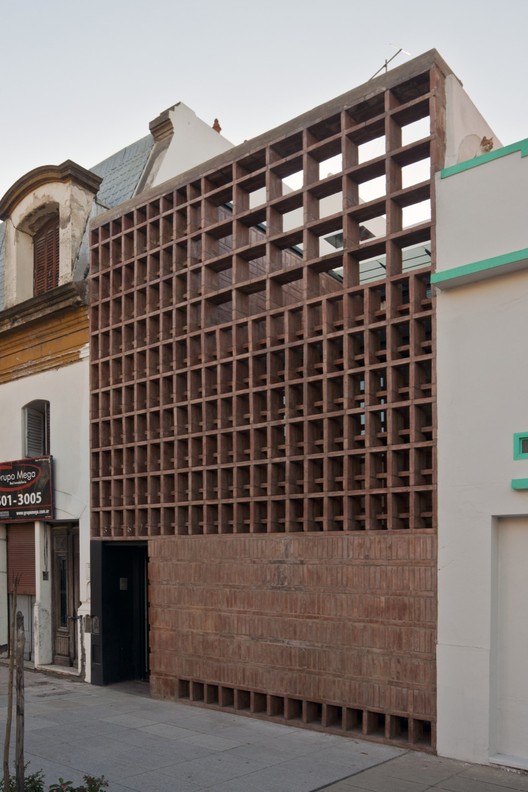 Kenneth Frampton considers Tectonics not only as a "mere disclosure of the construction technique, but, rather, its expressive potential. Tectonics acquires a truly artistic character to the extent that it amounts to a poetics of construction... The inevitable ground nature of a building has a character so tectonic and tactile as scenic and visual, although none of these attributes denies its spatiality. "

Supported on the foundational role that the discipline of architecture has within the modern tradition, we understood that it was necessary to develop a thought process capable of relating the many particular factors that shape the problem of the discipline.

Kenneth Frampton has developed ​​the problem of tectonic construction stressing space when he cites the ideas of Schmarsow, who perceives architecture as the progressive unfolding of man's feeling about space, and identifies it as a guiding principle of all architectural form, coinciding with space-time models of the universe in the scientific sense, where science affects the way that space is conceived, reinforced by the experience of speed and mechanical inventions of the last half century. Since then, Kenneth Frampton says in his book of tectonic culture studies, "we are unable to think architecturally without special emphasis on the spatial movement of the subject in time."

For Zumthor, atmosphere is an aesthetic category, an emotional sensitivity. In his work, he shows the body of architecture, the consonance of materials, the sound of the space, its temperature, the tension between inside and outside, the degrees of privacy and light on things.

Juan Román, director of the School of Architecture at the University of Talca, conducted research entitled "Towards an architecture with interest", based on the idea of Project Research, and attempts to prove the extent of the relationship between research and design, assuming that professional work is a constant back and forth between the two concepts, resulting in an architecture with interest. Once past the design stage, the process will leave the path of Project Research, to move on to the known construction stage, with the condition of building with local materials.

In Brick House, we have understood construction as a structure of thought that involves matter, and is able to address the issues inherent in architectural space, deepening on the logic and coherence of the design process. The objectification of the thought process and its construction determined the different sensations and qualities of the spaces. Within this operational logic, we worked on architectural structure that manifested as the order with the possibility to generate architectural space. It is about a conceptualization is tectonic terms, involving both the problem of the relationship between weights, stresses, and materials, as well as the shapes and human requirements.

The construction of the house was developed from the choice of brick, along with steel and concrete, as the material approach to the problem of tectonics. The "use" of the house was understood as a program resulting from the actions of domestic nature such as: being, convey, observe, relax, cook, eat, sleep, etc ...

We developed the interaction of these uses as an experiment where spatial construction was the ultimate end to establish new configurations (also spatial) capable of being built in a single-family house of 90m2, and a site area of 75 m2.

We have developed a plan that generates cross ventilation in all areas, allowing the prevailing winds from the north to facilitate a decrease in temperature and humidity in the summer, improving comfort conditions, and reducing the energy demand. We have also adopted traditional building materials in Argentina that have good thermal insulation, including glazed panels with aluminum frames and double glazing.

We have also adopted a wall system to protect from the sun, built out of ceramic bricks and designed according to the terms of Wladimiro Acosta, that consist of a set of slab and studs as a solar protection frame in front of the building,regulating sunlight and creating a shadow enclosure during summer, creating an wind effect on the walls of the building that Acosta denominates Thermal Aura. 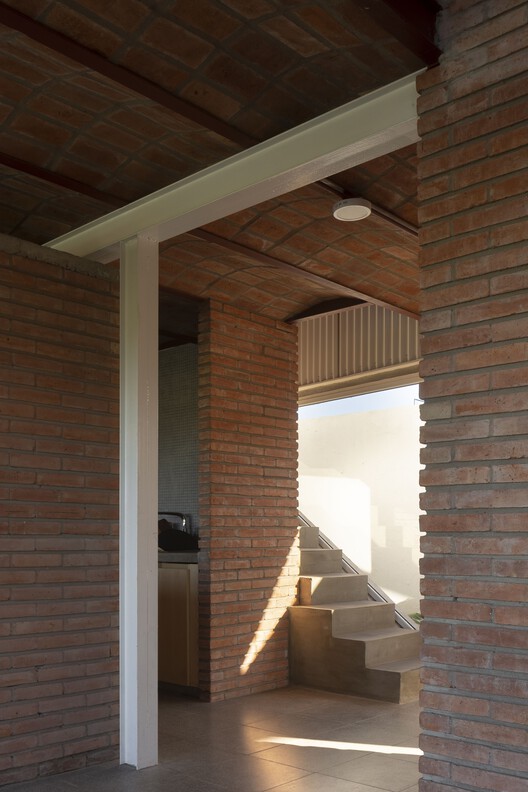