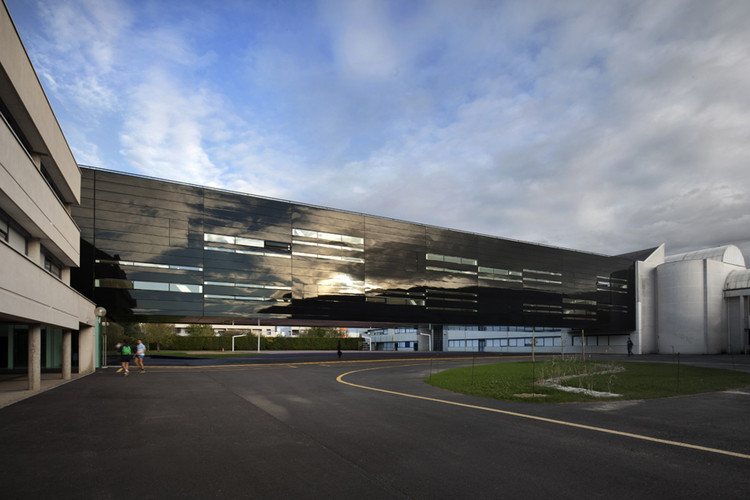 Text description provided by the architects. The art of dentistry on an occupied site
In the suburbs of Tours, in the late 80s, a large concrete vessel dedicated to teaching was constructed, the Jacques de Vaucanson High School. It affirms an orthogonal composition of geometric shape, relayed by a work of genius on the cuts, displaying an absolute belief in the architecture. But this act of bravery has been overtaken by time. The areas of activity have eroded the surrounding land, low maintenance budgets have prematurely aged it, thermal standards have changed, and the number of students will increase: it must be restructured. It was necessary to study the inner workings of the school and support uses, giving meaning to the existing buildings. From the hoppers that are in this way filled, to the beaten down partitions. In order to ensure the unity of the whole, the original services are recreated identically. Only the self, as a strong and identifiable design element, benefits from specific treatment. The double high ceilings, originally intended to be filled and thus increase the carrying capacity, are not enough: it must also be enlarged. How to intervene on this recent heritage whose ground plan seems rigid and resistant to any extension?

The strategy followed was that of the dentist involved in a difficult area: two fillings and a "bridge". The initial ground plan managed the hollowed out teeth carefully, insulating the functions, now filled by the teachers’ dining room and auditorium. These extensions are topped with a glass fence, protecting a suspended garden, benefiting the documentation centre on the first floor of the existing building. Spanning the courtyard, an inhabited bridge 60 metres long connects the day school to the boarding school. It offers a covered ground floor connection, housing classrooms upstairs. The piles of the bridge, supporting the facade girders of two levels, are integrated into a building body constructed on the ground floor. It welcomes a weightlifting gym, office and baggage room. On the other side of the courtyard, the support piles lean against the existing building. The displaced façade allows them to disappear.

The extensions support the idea of an architectural palimpsest. They seek to preserve the identity of the existing building by asserting their differences. They are dark canopies of steel in contrast with the white minerality of the existing school. They express a contemporary idea of the technique, which is no longer the expression of the powers and of the structure, but rather that of miniaturization to benefit the users. Inside, the engineering is integrated, but not hidden. To avoid glare, the windows are thick horizontal slots that stop direct sunlight while bathing classrooms with indirect natural light. The structure, the fluids, the acoustic treatment are all uses that make up a graphic universe contributing to the identity of place.

The early obsolescence of the buildings inherited from the twentieth century is not inevitable. By accepting its architectural composition enclosed by respectful interventions, but assuming their difference, the Jacques de Vaucanson High School has won a second youth. We bet that in a few years, new requirements will lead to other interventions. Finally, the architectural concretion that has been obtained accompanies the evolution of these territories of contemporary peri-urban: an exquisite corpse generating a form of continuity in the rupture. 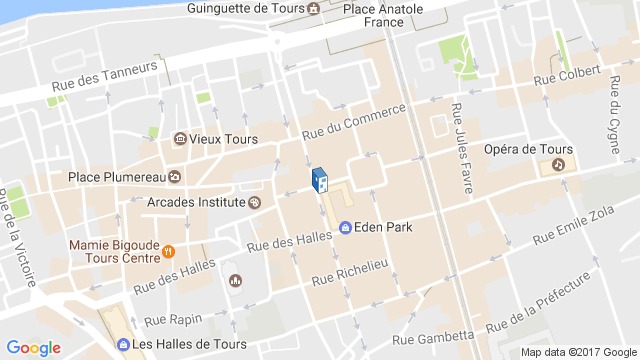