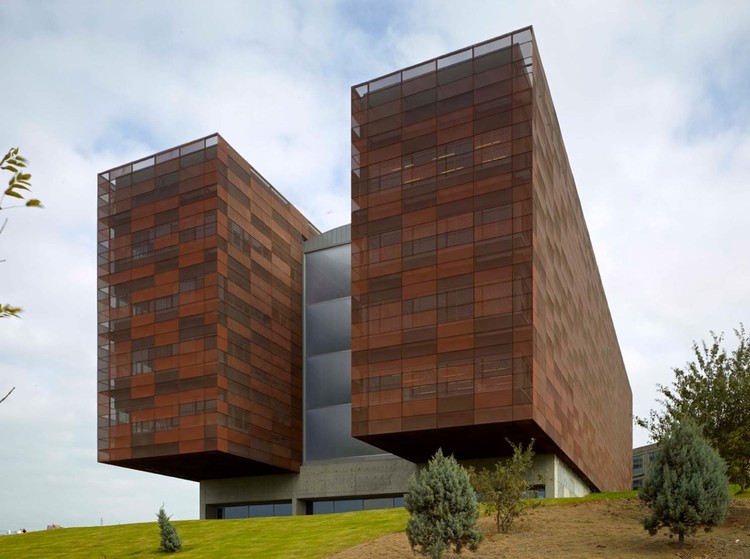 Text description provided by the architects. The Academy Building by TEGET Architects is an addition to the already existing banking center designed by British Architect, John McAslan. As an addition, the new building is not simply in continuity with the conglomerate of the existing 10 cubes; but rather an abstract statement of its own using the main complex as a backdrop. It introduces a focal point to an otherwise non-hierarchical organization via a pair of scaleless copper beams extending out to the landscape.

The program is the academy, the gate for the bank, where new comers will be educated as well as the ‘in-service’ employees. A composition of classrooms, social areas and meeting rooms. It is handled in a straight forward manner as the pair of copper bars are allocated for education whereas the central void for socializing.

It is just another street attached to the street network of the complex; this time an oblique one.

The two program beams, stemming from the complex, stretches out on the plane of a missing cube, cannot be stopped and cantelevers as topography drops. They are covered by stretched copper panels as the outer layer of the facade, stripping it off from any hint of scale. Due to the stretching process, each panel has a doublefold direction from left to right. Making use of it, the panels are checkered with rotations to create the pixelation effect. The double facade controls excessive light in the classrooms. Overall, it is opaque from outside during the day, ambiguous in twilight, transparent in the evening.

The central space is treated as an autonomous strip clearly distinguished from outside. Here, the copper peels off, and is replaced by translucent movable fabrics in institutional colors. The interior facade begins earlier and stops before the copper bars. The roof and the facade is sealed with transparent air cushions, ETFE. The void is further accentuated, pushing the feeling of vertigo, by a series of suspended social spaces and their alternative circulation made of steel and glass, filtering light to the street level. The ground, out of concrete, facilitates another level of social life, with volcanoes providing light to the conference room below, water, giant stairs leading to the canteen which turns out to be an informal odeon, and a wood deck as a lounge. 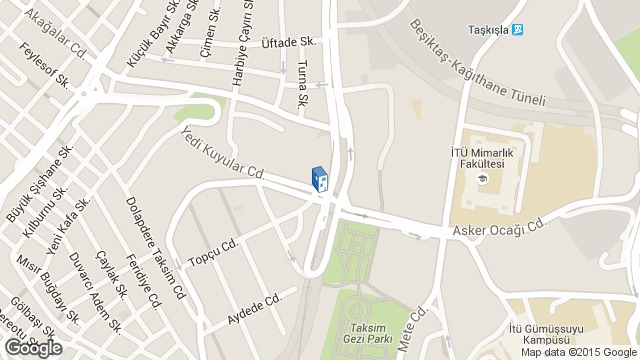 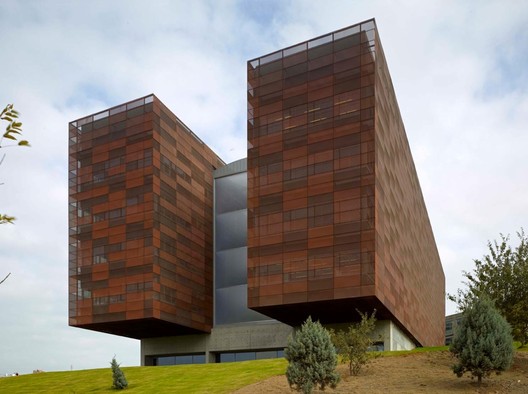