Save
Toward Cycle Cities: How Architects Must Make Bikes Their Guiding Inspiration
Share
Or
Copy

If Henry Ford were reincarnated as a bike maker, Le Corbusier as an architect of buildings and cities for bikes, and Robert Moses as their bike-loving ally in government, today’s bike plans would be far more ambitious in scope. Ford would be aiming to sell billions of bikes, Corb would be wanting to save the whole world, and, even if it took him a lifetime, Moses would be aiming to leave a permanent mark.

They would want to give bicycle transport a leg-up, like the leg-up the motorcar received from farmlands being opened for suburban development. So who are our modern-day, bicycle-loving Le Corbusiers? And what, exactly, is their task?

In any era, the preoccupations architects share with planners stem from whatever mode of transportation is on everyone’s minds. The Cooper Union Professor of Architecture, Anthony Vidler, describes the first half of the twentieth-century as a period when architecture derived its authority from machines; if we read Le Corbusier, we see ships and airplanes, but most often cars.

Designers were fascinated by cars for at least forty years, beginning with Le Corbusier’s 1925 plan to rebuild much of Paris, with towers in a park and sunken freeways. Mies van der Rohe, Walter Gropius, Buckminster Fuller and others designed car-centric buildings, and even some cars themselves, at a time when mass car ownership, freeways and sprawl, were still only fantasies.

Designers are at a similar juncture with their thinking about cycling today. Today it is mass bicycle transport that is a fantasy, but that doesn’t stop architects - including Ron Arad, West-8, Carlo Ratti, Bill Dunster, NL Architects, Atelier BowWow and Bjarke Ingels - from designing bike-centric buildings, and even some bikes.

Consider the similarities between Corbu and Bjarke. Le Corbusier was an associate of the carmaker Gabriel Voisin and would take his own Voisin car to photograph it in front of his buildings; Bjarke Ingels is an associate of the designer of Biomega brand bikes, and has made numerous media appearances riding those bikes. Le Corbusier didn’t design his Villa Savoye for cars to be left parked in front, but built a U-turn within the structural volume of the villa, for the enjoyment of driving inside a building; Ingels could have left bikes at the base of his Danish Pavilion at the Shanghai 2010 Expo, but instead built a ride-through spiraling building, with bicycle parking up on the roof.  And when BIG took on the giant 8-House apartment complex on brownfields south of Copenhagen, they also designed a spiraling building that allowed residents to ride from as high as their tenth story penthouse, past all their neighbors, and down to the street on ramped access balconies.

And Bjarke is not the only one. In February 2012 British Prime Minister David Cameron called in architects Richard Rogers and Thomas Heatherwick (along with Bjarke Ingels) to give him their thoughts about cycling. In November the Netherlands Architecture Institute convened an urban bike night with speakers (current author included), an exhibition of bikes, and city bike tours. In 2013, New London Architecture (NLA) organized a fact-finding bike ride from Portland, Oregon to Portland Place, London, after already hosting a conference on cycling in late 2012; they were welcomed with receptions and speaking events as they went, culminating with talks at the AIA Center for Architecture in New York (where I was delighted to be invited to share my own research).

The cycling agenda will go forward much quicker now that architects are lending it weight, and would be further advanced had they done so much sooner. In architects’ defense, bicycle transport has looked for a long time like a problem for road engineers. So long as architects labeled their plans with a few bike racks—or bike rooms if that would earn some more LEED points—the traffic engineers would do the actual work, copying proven Dutch road design standards.

The sands have shifted though. Bikeways are now happening on architects’ turf. While cycle tracks along main streets in metropolises around the world have taken the headlines, a farther-reaching boon to bicycle transport is the ongoing conversion of rail routes, towpaths, docklands and factories into non-vehicular corridors and entertainment-based redevelopment sites.  Former industrial lands are evolving, organically, into territories that Nietzschean supermen like Ford, Corb and Moses would want to be in control of, if they were alive and championing bikes.

Also of interest, are the kinds of bold, sculptural buildings appearing on brownfields.  Like the new EYE Film Institute Netherlands, which shouts to the people of Amsterdam that Royal Dutch Shell’s former testing site is now somewhere to eat out, or better still, buy a luxury flat. On their bikes people come to sites just like this one, in every post industrial city, via the same waterways and rail corridors that originally made them suitable sites for industrial functions. Only now, the railways are bikeways, and the commodities being moved around are these educated minds we all have, in advanced post-industrial nations.

For established bike nations such as the Netherlands, brownfields are an opportunity for bicycle highways, completely removed from motorized traffic. In non-cycling nations, meanwhile, old rail corridors and canals are the best opportunity yet to build inviting bike routes that won’t cause a political backlash from drivers. In many cities, bike users’ secret networks of underpasses and derelict bridges are already being dusted off and given nice names like the “Midtown Greenway” in Minneapolis, or the “Beltline” in Atlanta.  In other cities they still need exhuming. No matter what, the former industrial lands of our cities are where cycling has the opportunity to become our dominant mode of transportation.

My last book, Cycle Space, was an invitation to architects to throw their art behind the ascension of cycling. My next will urge architects to take a lead role. As we do with any large project, we should work out and present some proposals. And I don’t mean for bike racks. I mean grand, Corbusian, Moses-level design schemes. All this gives architects a weighty agenda to deal with. It’s an agenda with ramifications for urban mobility, global warming and public health—all the things bicycle transport, and the architects behind it, can give to humanity -- and, frankly, must.

Dr. Steven Fleming is an academic at the University of Tasmania, Australia and the author of the book Cycle Space. He consults building industry professionals and government agencies about building for bikes. Find him on the web at cycle-space.com and follow him on Twitter @behoovingmoving 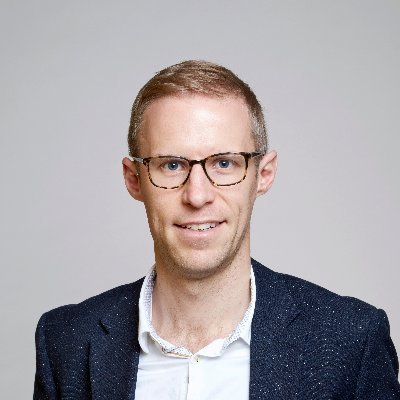