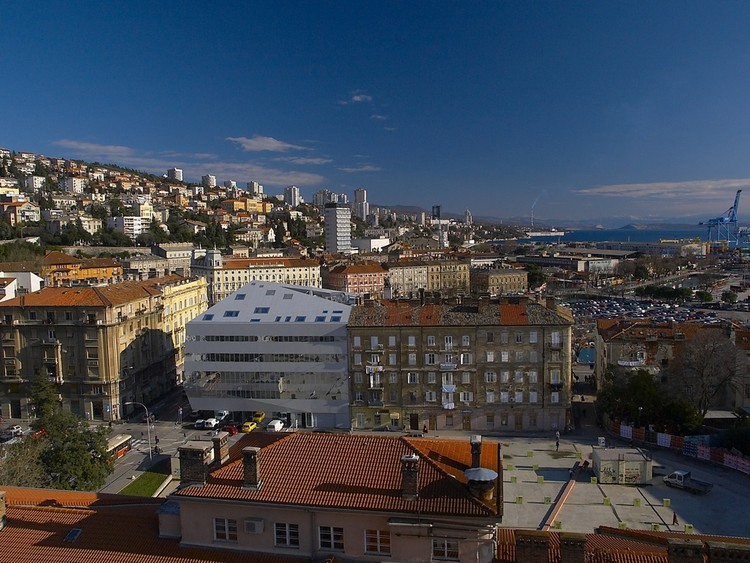 Text description provided by the architects. The residential and office building in Agatićeva Street is a kind of filling for a long time desolate hole in the very centre of the town, which also opened the new pedestrian stretch that connects the Korzo with the northern end of the Delta. It is a detached house that concludes the row of houses on the northern border of Rijeka’s Old Town.

The structure is an interpretation of anonymous city architecture with a geometrised envelope as the main feature that finds its logic in the geometry of Stealth planes. This envelope is continued from the façade to the roof, where large skylights are opened mechanically.

In the program sense the structure did not have defined contents until it was finished, so that it was planned in the way to enable interaction of different private and public programs. At the end of all program changes, the building was turned into a polyclinic, while apartments were moved to the fourth floor and under the roof. The apartments have a separate access to the common courtyard on the fourth floor. 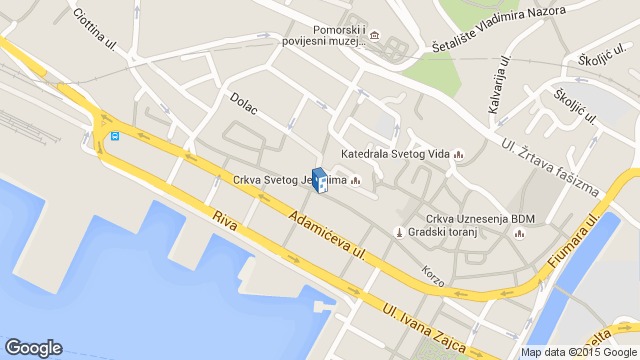 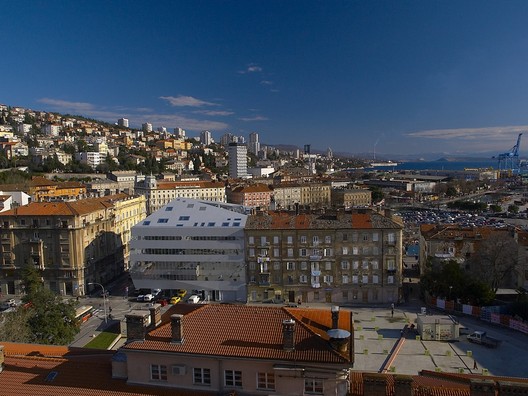