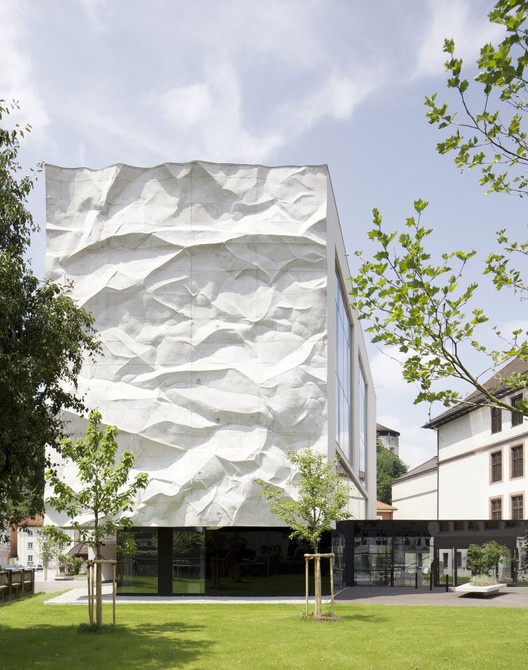 Text description provided by the architects. The high school in the Schillerstraße in Kufstein is a building with a long standing tradition. It has been planned by architect Willy Graf from Stuttgart and opened in 1907. Around 1980 followed an extension and renovation, seamlessly integrated in the same style of the existing building.

30 years later, in 2009, for the again necessary extension an architectural competition was won by Johannes Wiesflecker, who designed a project which was convincing both in its urbanistic approach to the already existing basic building structure and its special internal organization. Set clearly apart from the existing building – a designated historic monument in the local traditional style of the early 20th century – he placed a new independent, conical-shaped structure, in which now approximately half of the original classes are housed. A generously planned entrance area develops under the new building up to the u-formed existing building arranged around an inner courtyard and creates, together with the newly designed gymnasium area in the basement, an attractive spatial sequence.

The south-east façade consists of a shear wall which hangs approximately 2.5 m in front of the existing glass façade. This shear wall is the distinguishing artistic element of this new building. In cooperation with the artist Karl-Heinz Klopf, a “crinkled wall” was created, a three-dimensional concrete structure which hangs like a sheet of crumpled paper from the roof down to the first floor.

Note: This project was originally published in 11 September, 2013 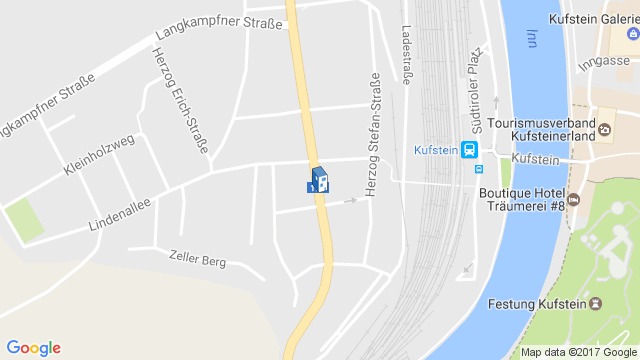