Save
Housing in Jaffa / GalPeleg Architects 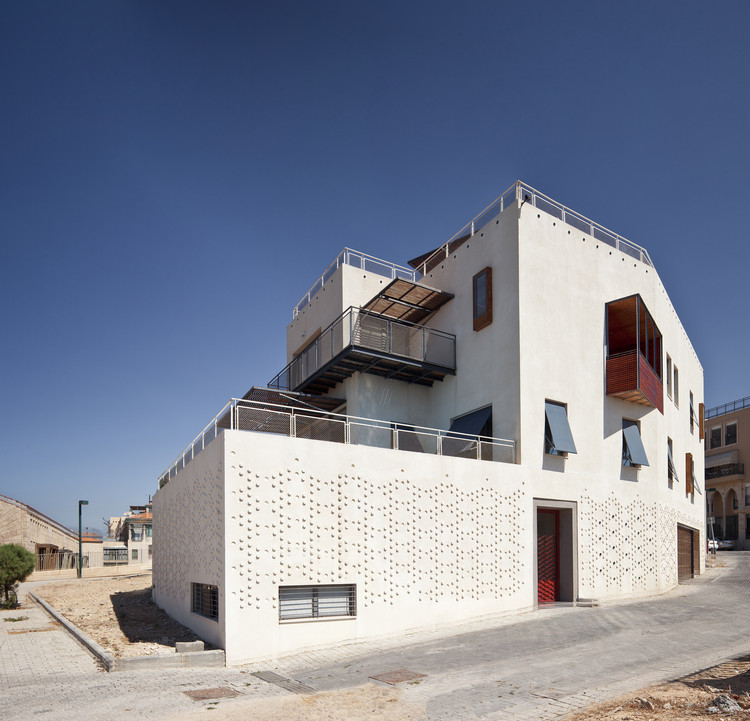 Text description provided by the architects. The building is situated in the Ajami neighborhood, south of Jaffa's fishing port on the Mediterranean seafront. During the1948 war most of the original arab inhabitants of Jaffa fled and over the years this part of the neighborhood was gradually demolished. This resulted in a vacant site, divided according to the original parcellation with new town plans emphasizing traditional architectural characters, such as building on plot lines and the use of local elements and objects. This situation left the planning process with no immediate context and consequently gave the issue of the reference to the local Jaffa surroundings a broad perspective.

During the planning process we looked to create an architecture that communicates with its environment and enriches its surroundings. In Jaffa, this does not necessarily mean opening the building towards the street but rather relating to the facades as the boundaries of the urban space and paying careful attention to their texture, material and color. We sought a vocabulary that draws on traditional Jaffa architecture but is also attentive to contemporary elements and relates to the wider Mediterranean context - an architecture which respects its historic location but is also loyal to our own time and place.

In the facades we used traditional local materials like stucco, wood and iron. These elements, which are incorporated in the facades, are contemporary interpretations of traditional elements: the wooden balcony, the projecting wooden windows and the circular pattern which incorporates blue ceramic tubes which are a variation on traditional clay tubes that were used for ventilation. The red entrance door which resembles fish scales is also an interpretation of traditional arab ironwork. The building contains 2 flats, each one 180-240 sqm. Each flat has one and a half floors and has an open terrace with a swimming pool facing the Mediterranean sea. 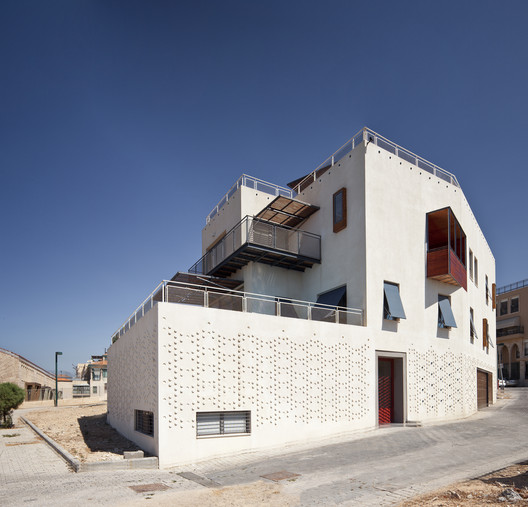