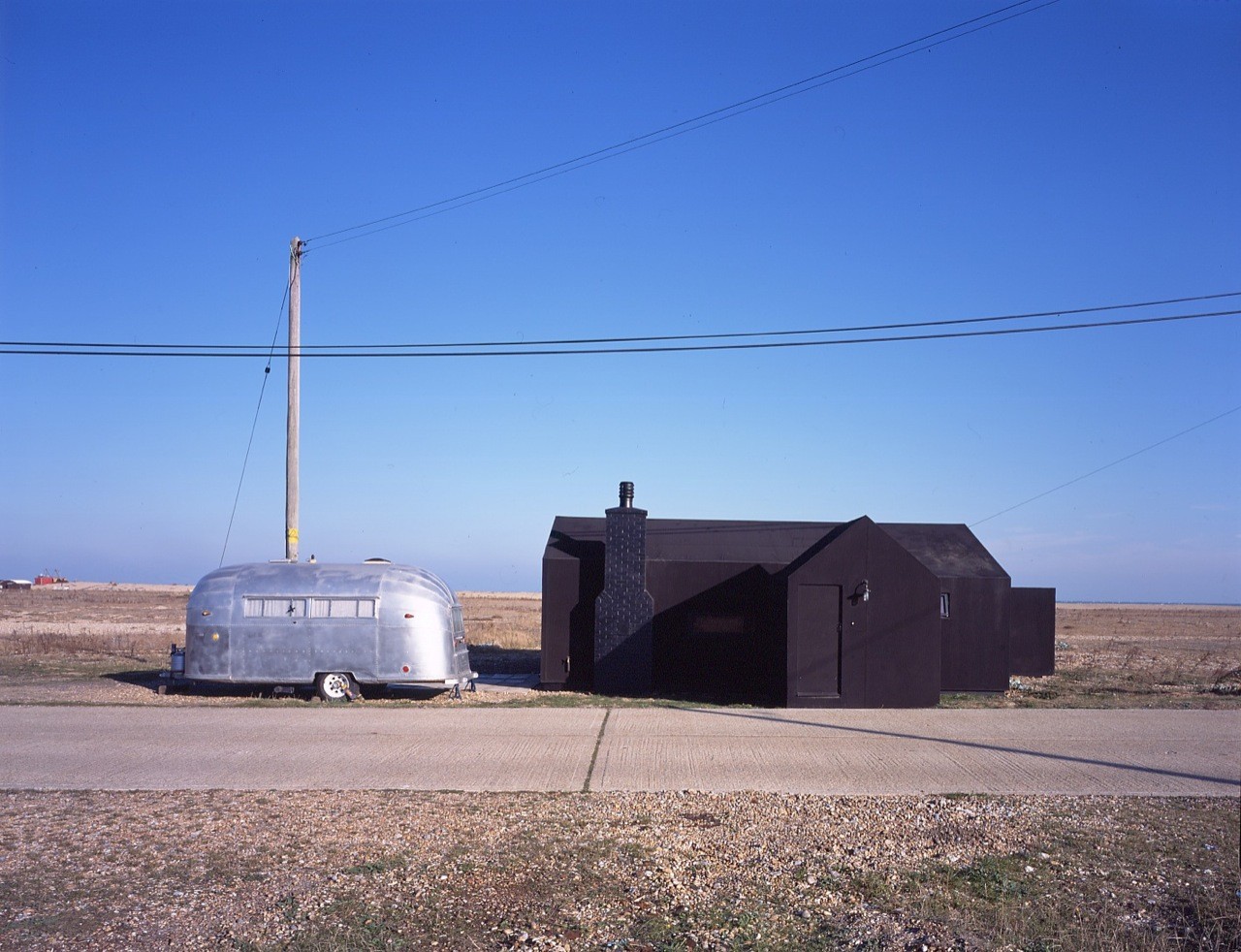 Text description provided by the architects. Dungeness Beach in Kent is a classic example of ‘Non Plan’ and the houses that populate the beach have developed through improvisation and bodge. This scheme develops this tradition in a way that responds to the drama and harshness of the landscape.

The original building, which itself is the product of a series of changes and extensions since it was built as a fisherman’s hut in the 1930s, has been stripped back to its timber frame, re-structured, extended to the south and east to capture the extraordinary views, and clad both internally and externally in Wisa-Spruce plywood. This plywood provides all the internal finishes, including walls, floors, ceilings, doors and joinery. Externally both walls and roof are clad in black rubber, a technically more sophisticated version of the layers of felt and tar found on many local buildings. The bath is cantilevered out over the beach giving dramatic views to the sea.

Internally priority has been given to maximising the living areas and the house only has one small bedroom. Visitors are accommodated in a 1954 Airstream caravan which is parked next to the house, the silver of the aluminium caravan providing a striking visual contrast to the black rubber.