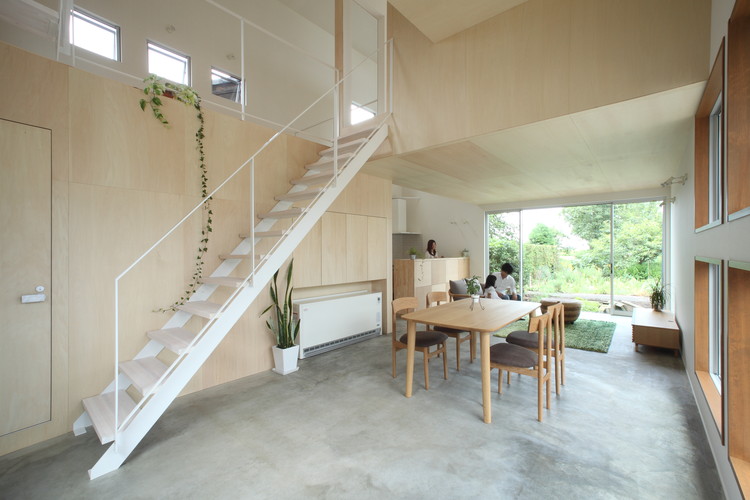 We have tried to include such as conflicting sensations, and create various and rich spaces. So we considered that "Make a ‘house’ in a house".

First, we designed inside liberating space like outside. Next, we designed a BOX (‘house ‘) enclose only the required privacy features in the house.

Thereby, small ‘house’ with different levels are appeared in the inside space, and which create a new space rich and diverse. These new spaces gently connect family relationship and make the boundaries vague. 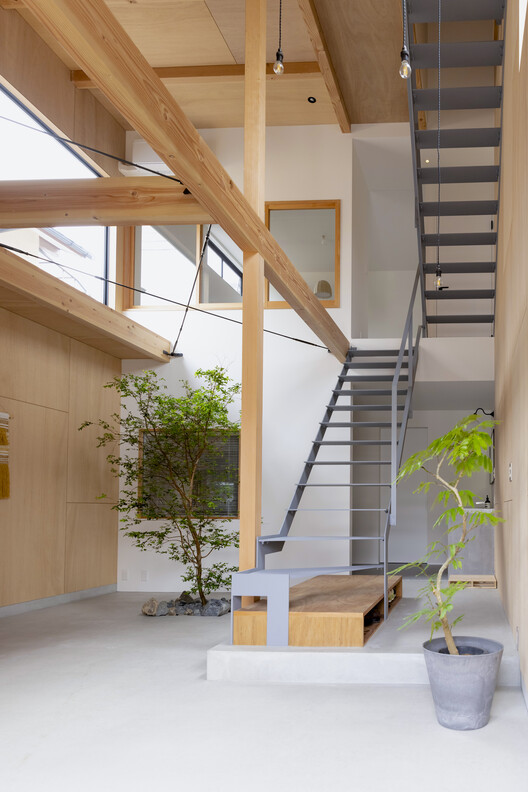