The Ramot Polin neighborhood is a housing project designed by the Polish-born Israeli architect Zvi Hecker, commissioned by the Israeli government in the euphoric aftermath of the Six Day War. The project, which resembles a beehive, is an avant-garde architectural experiment on morphology as well as construction. Since being constructed in the late 1970s, the structure has undergone extensive alteration by its tenants, provoking a debate regarding the capacity of expressive architecture to account for authentic human needs. 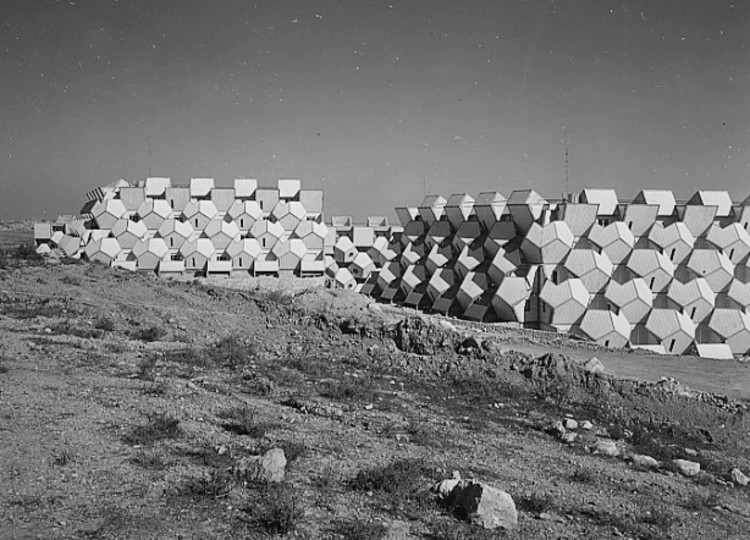 Following the Six Day War in 1967, the Ministry of Housing was confronted with a need to populate new acquired territory, which led to numerous commissions of housing projects by leading local architects. Known for his geometrically inspired experimental architecture (such as his previously designed Bat Yam City Hall), Hecker was commissioned by the Ministry to plan a complex of 720 housing units atop a lone hill four kilometers northwest of Jerusalem.

Hecker proposed an organically-inspired structure, composed of repetitive modular dodecahedrons (three-dimensional shapes with 12 equal pentagonal faces) constructed with prefabricated pentagonal concrete slabs, which were to serve as load-bearing walls. The innovative morphology, which stood in contrast to the monotonous apartment blocks surrounding it, as well as the sustainable prefabrication method, urged the government to approve this seemingly odd proposal; construction began in 1977.

The neighborhood’s layout resembled a five-fingered hand, each “finger” containing five or six v-shaped interlocking apartment buildings, which create inner courtyards and pedestrian circulation paths. The central “Palm” area contained shopping, education and community services, as well as three outer parking areas. Apartments contained three or four rectilinear bedrooms, enclosed by pentagonal walls which created the space for the washroom and kitchen. In addition, uncovered terraces extended the living space between apartments and provide and means of circulation within the buildings.

Although innovative and provocative, the dodecahedron housing proved to be cramped, dark and monumentally impractical. The interior space contained unusable walls, narrow balconies and slanted pentagonal windows that hardly provided any daylight. Historian and architect David Kroyanker describes the project as “nothing but sculpture, a formal curiosity that was interesting from a geometrical point of view, whose shape was surprising but that lacked real content.”[1] It was for these reasons, as well as its unappealing appearance, that the project did not attract the middle class population it was intended for and was instead inhabited by ultra orthodox communities that favoured the low rent, amenities, and the remote location.

Nevertheless, the formalistic and rigid architecture imposed on the tenants led them to, in what Koryanker refers to as an act of “creative coping,” enlarge rooms, widen windows and add air conditioning units on the facades. Nitzan Kalush Chechik and Michal Cedarbaum, curators of the Israeli exhibition at the 2008 Venice Biannale, titled "Additions: Architecture Over Time," claim that these additions are a common phenomenon in the Israeli architectural landscape, where building regulations are not commonly imposed, and that they "take over the landscape and the original character of buildings disappears."

Although once a radical experiment in architecture, the Ramot Polin complex today is less a lesson in innovation and more of uncontrollability, proving what many architects fail to comprehend: their intentions are meaningless compared to that of the tenants, the individual users of the project and its ultimate clients. As the project is still undergoing change, organically evolving on its own accord with every alteration, the complex has taken on a vernacular appearance which, ironically, more resembles Hecker’s original organically-inspired intention than the initial built form. 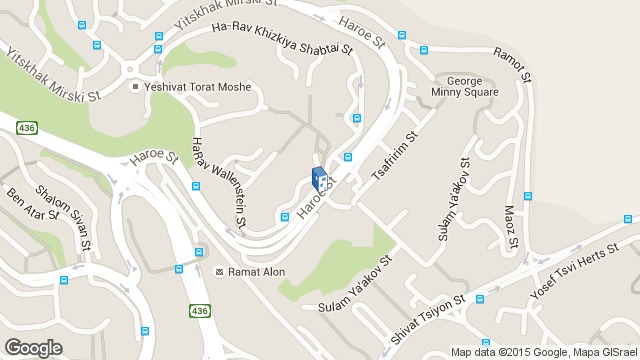 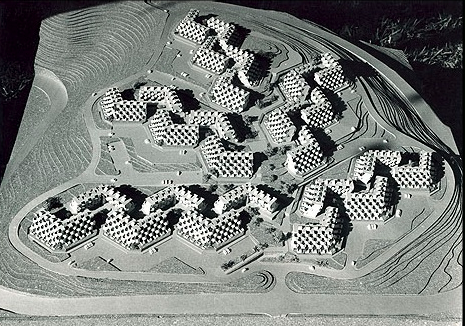