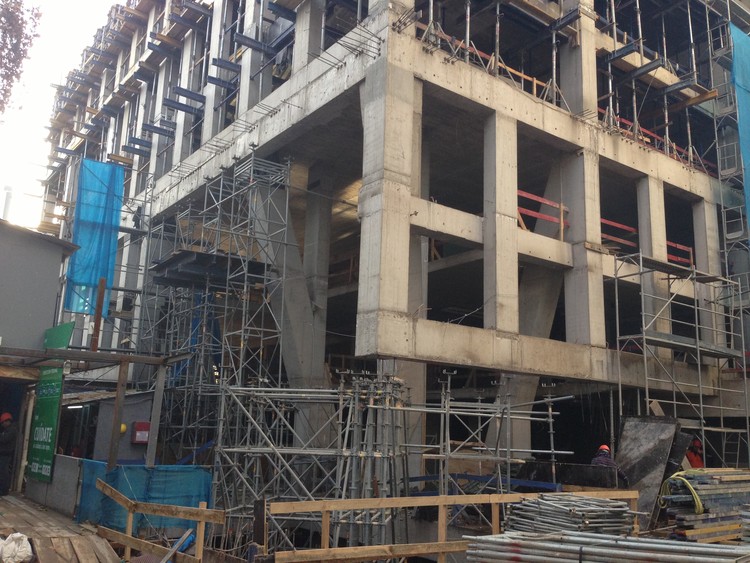 Text description provided by the architects. One single mass as façade (Performance)

Costanera Lyon 2 was designed in order to negate the typical curtain wall building typology. Using the structure as a single mass with an excellent passive design, easy to heat or cool without adding a double skin or consuming a lot of energy.

Costanera Lyon 2 was forced to use cantilever slabs in order to maximize all the square meters of the given site. The proposed cantilever slabs didn’t worked under gravitational and seismic forces. The solution was to add a series of perimetral walls in order to provide torsional rigidity to the structure. In order to allow more views from inside the walls became a series of Vierendeel beams that carry the dead load weight of the building trough the façade. The building was rethought and designed as an essay of prefabricated elements: 21 Vierendeel beams, 16 slabs, 1 core and 14 scissor base columns.

Because of Chile seismic condition is highly recommended to build the prototype 2 as one piece. The façade became a paradox of two opposite ideas, one reinforced concrete form that really works as a house of cards; if one element is removed the whole building will collapse.

In Costanera Lyon 2  all the columns were release from the interior of the offices. The structure was designed by stacking a series of Vierendeel beams on the façade. Vertical and seismic loads works trough a system of Viernedeel beams that created and non-deformable geometry. A system that optimize the mass and provide the right amount of torsional rigidity with a perfect balance of solid and voids to create comfortable interior spaces. 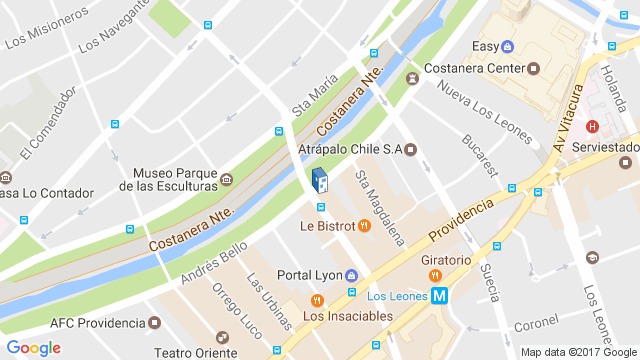 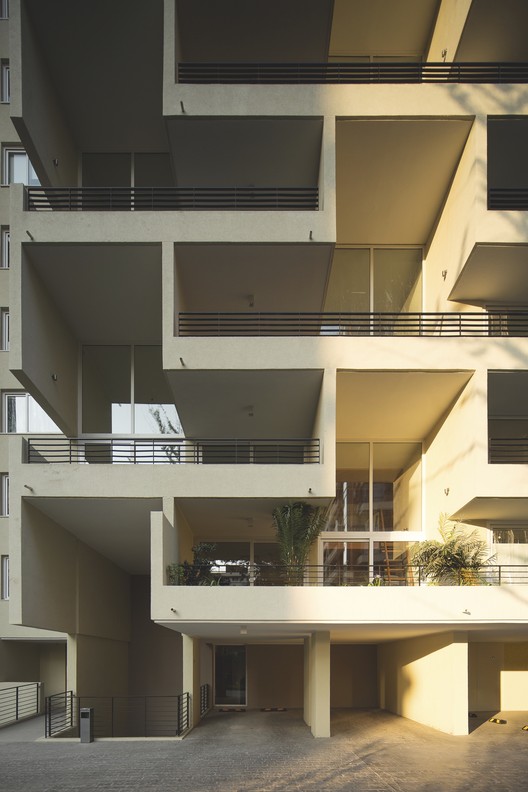