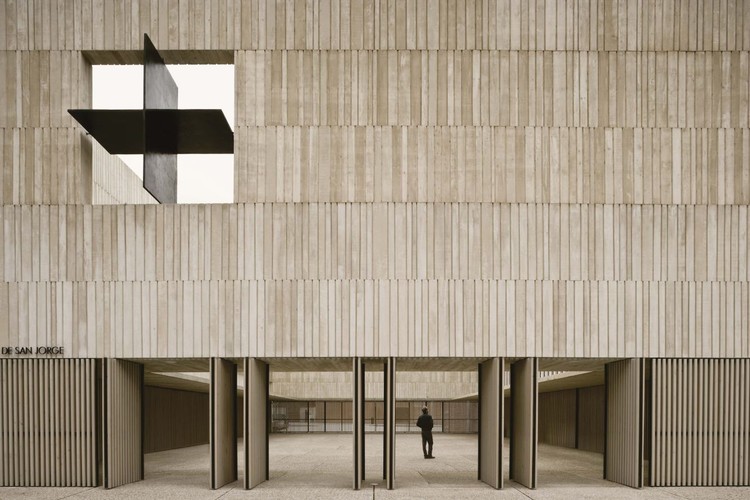 Text description provided by the architects. For this project, a church-building had to be designed and built for 400 people, including a chapel which would cater for about 100 people to use it on a daily basis. A parish center also included offices, multipurpose rooms, classrooms for catechesis, two houses for priests and a guest room.

An urban planning study placed the building in the center of a space which was surrounded by buildings as high as eight storeys: A difficult and somewhat bland situation to deal with. In addition, the site spilled out onto 2 squares on 2 of its sides. When we designed the building, we realised that the relationship between these 2 squares and how they interconnect, would become the pivot point for the complex as a whole.

The church stands perpendicular to the neighborhood´s main street. We positioned it so that it would conform to the sequence of the existing row of buildings, by having it follow the same line as the others. This helps the building occupy its place in the neighbourhood, seamlessly and with discretion. A large atrium acts as an exterior entrance hall, linking the 2 squares previously mentioned and creating an urban scenario for those people who simply pass through it, while at the same time, it serves as a meeting and gathering point for congregants just before they enter the temple. The atrium also connects the church to the parish centre, which contains the apartments for the priests on the top floor. A raised patio that runs the full length of the facade allows for illumination without disturbing the privacy of others.

This trinity of its main parts (the atrium, temple and parish center) combine under a unified appearance, like that of a church-fortress that protects all that is within and around her, but also serves as a neutral backdrop to the built environment. 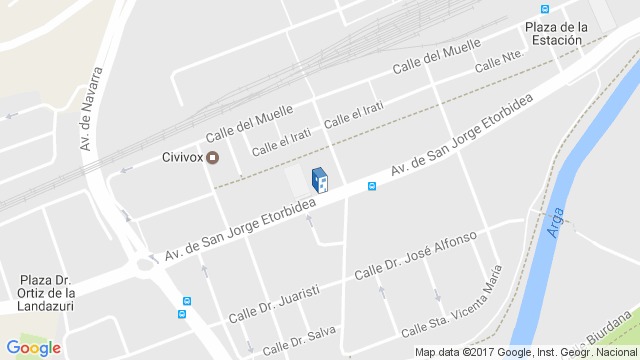 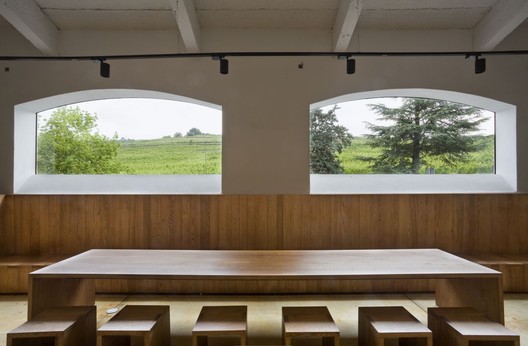 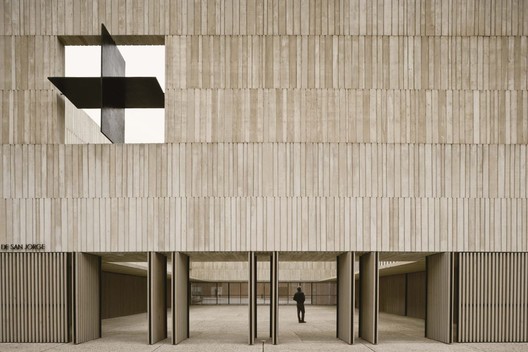