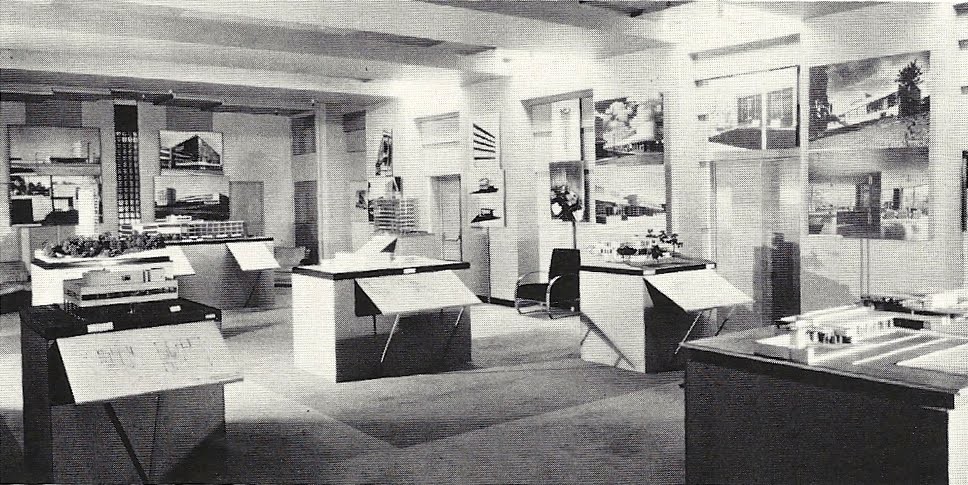 In 1930 Alfred Barr, the then director of the MoMA, initiated the museum’s first architectural exhibition, claiming that "The Museum of Modern Art has closely followed this international activity in architecture. Although the Museum has until now exhibited only works of painting and sculpture, it has felt the need since its inception for a comprehensive exhibition of modern architecture.”[1] To curate the exhibition, Barr asked the historian Henry-Russell Hitchcock and architect Philip Johnson, who both spent the following two years researching and collecting materials in Europe. The exhibition opened on February 10th 1932 in the MoMA’s Heckscher building, and was attended by 33 thousand people during its six-week duration.

Through photographs, drawings and specially crafted models, the carefully curated exhibition illustrated the characteristics of the new style which had emerged in Europe since 1922. The main section of the exhibition, titled “Modern Architects,” presented projects by the “four leaders of modern architecture”: Le Corbusier, Walter Gropius, Mies van der Rohe and J.J.P. Oud. The exhibition also included two other sections: “Housing” presented the need for a new domestic environment and “The Extent of Modern Architecture” displayed works by thirty seven architects from fifteen different countries.

The exhibition presented three major principles that laid the foundation of the new “style”: the emphasis of volume over mass, the regularity and standardisation of elements, and the avoidance of ornament. These principles were applied through architectural elements such as ribbon windows, flat roofs, screen walls, non-structural partitions, as well as a simple use of color and geometry. By emphasizing and categorizing these repeated aspects of the designs, the exhibition established a new “style” in architecture.

Like many curators who aspire to create a coherent exhibition, Johnson and Hitchcock excluded major aspects of current architecture that did not fall under their strict aesthetic criteria. For example, for the sake of uniformity and categorization, Johnson and Hitchcock ignored significant works of 1920‘s and 1930‘s Expressionist and Organic Architecture, whose biomorphic forms had a fundamental influence on modern architecture.

The exhibition was accompanied by an extensive catalogue, which was to serve as an educational tool. Originally published under the title “The International Style: Architecture Since 1922,” the book played a crucial role in giving a permanent validity to the exhibition, complementing its content rather than documenting it. The book catalogued the morphological and compositional elements of the new style, thus serving not only as an important historical document, but also as a guide book for Modern architecture.

Although the event awarded the participating architects with worldwide recognition, it also unified them for posterity, an idea which was not favored by all. Insulted by the prospect of being placed alongside "inferior" peers, Frank Lloyd Wright withdrew from the exhibition only one month prior to its opening. He explains his decision in a Telegram to Philip Johnson in January 1932:

“My way has been too long and too lonely to make a belated bow to my people as a modern architect in company with a self advertising amateur [Raymond Hood] and a high powered salesman [Richard Neutra]. no bitterness and sorry but kindly and finally drop me out of your promotion.”[2]

The “Modern Architecture: International exhibition” represents the crystallization of a definitive architectural movement. Much like 1988’s “Deconstructivist architecture” exhibition at the MoMA, also curated by Philip Johnson, the exhibition marked the first time the “International Style” became institutionalized and officially recognized. 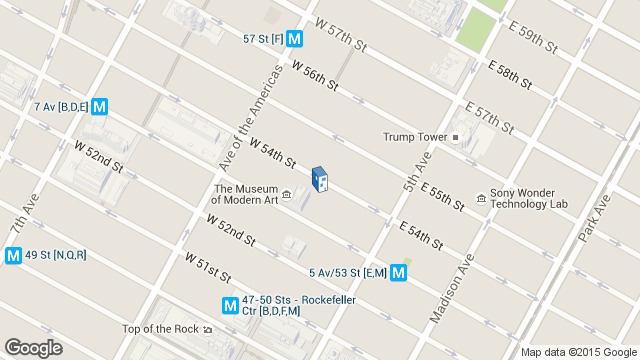