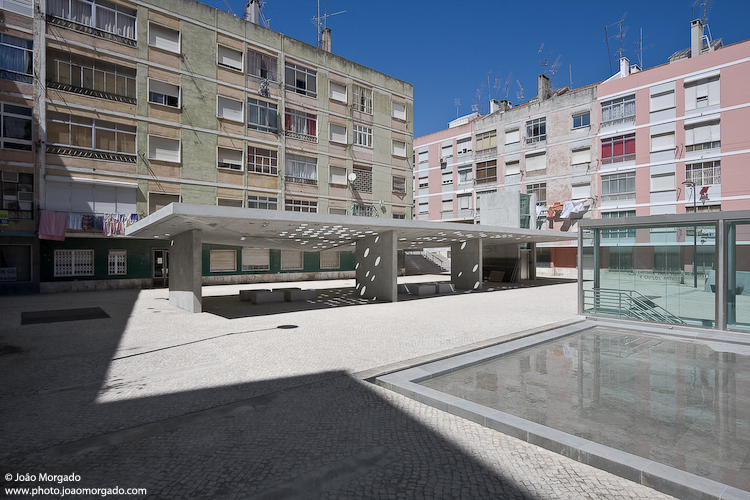 Text description provided by the architects. This intervention is part of an urban requalification plan for one avenue at Sacavém, on the outskirts of Lisbon, promoted by Loures City Hall. Our project held three interventions, but only two were completed. The proposed buildings had the common goal of playing the decisive role at the qualification of public spaces in between buildings, formerly abandoned and disqualified.

After the initial site visit and interpretation of the urban plan’s main dynamics, it was felt the need to design three built elements sharing a common nature, although holding different uses and problematics. These three small interventions, with objective and circumscribed problems, should contribute to simplify the complexity of the environment and, above all, to reduce the impact of the turbulent context. Therefore, we sought to design three quiet buildings, under the exciting motto: "nothing new under the sun."

The solution to the problem seemed to be in the so called fifth elevation (roof plan) that emerges as the decisive factor in the solution of the elevation’s differences and the visual extension of the street facing north (in the cases of the Coffee shop and the Tobacco shop - not built) and, in the case of the Shading Surface, in assuming itself as the referrer element of the square. After some volumetric studies, and reflecting the will of the acquaintance of these three interventions as a building compound, we have chosen to go for a common solution of three roof slopes structures carrying a huge dramatic potential in their interior spaces and a continuous tension between the ceiling and the floor.

This project assumes a particular relevance to ateliermob by being its first built project of a public space . 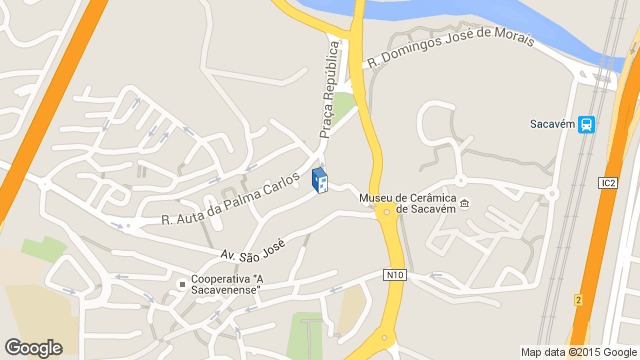