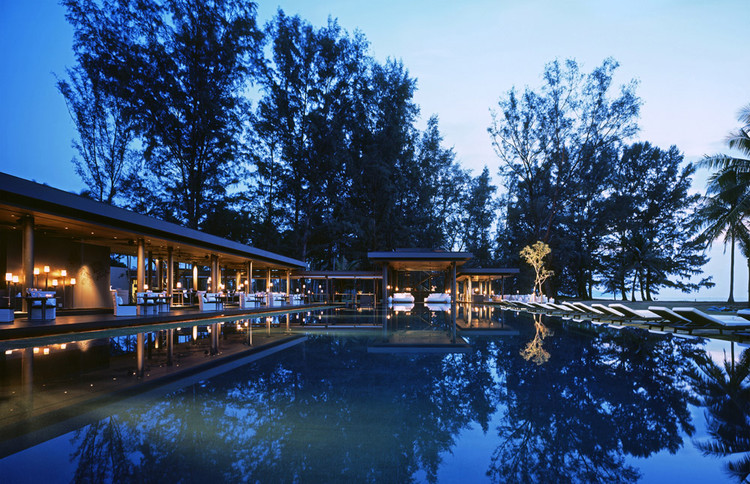 Text description provided by the architects. Sala Phuket Restaurant is a main restaurant for a resort in Phuket, Thailand. Because of its pristine surrounding, the design is intended to respond to the sensational dimension of experience embodied within the area—beauty, simplicity, and silence. Taking advantage of its tropical climatic conditions and its beachfront location, the restaurant is designed to operate as an open-air pavilion. With 50 indoor and 70 outdoor seats, the restaurant offers its patrons with island breezes that beautifully accompanied by unimpeded views and sound of the sea in front.

The volume of the restaurant and bar has been programmatically stretched horizontally to maximize overlooking beachfront view to all patrons. Contrary to the grid system which usually demarcates a clear boundary line, structural columns are re-positioned at an unconstrained rhythm, thus creating an ambiguous edge-- a sense of borderless. Consequently, the inside space and surrounding environment is seamlessly merged into one.

While exterior appears to be more solemn, overall atmosphere of the restaurant is soften with elaborate architectural details of interior space. Ceiling for instance, instead of a plain wooden slats, technique of splitting and rotating is employed to create various patterns on the ceiling. The same technique is applied to front panel for a counter bar as well.

Besides dining area on the ground, a new landscape of dining experience can be found on the restaurant’s rooftop. Dining area is depressed forming sunken dining pods. By replacing conventional guard rails with water boundary, visual obstruction is removed. The space is extended outward indefinitely.

Even though accommodating a number of elements such as structures, water ponds, seating pods, and shading device, the roof has been carefully designed to appear thin and light. By suspending the ceiling from the roof structure creating a gap between the roofs and ceiling. Functionally this gap allows technical elements to be concealed inside. To further emphasize an impression of thinness, the pond’s edges are lowered to form gutters whose outermost edges are shorter than those of the pond. The thinness of the roof which does not seem to be inhabitable further intensifies excitement when the outdoor dining area is finally discovered on the rooftop.

Solid volume of the service area, including kitchen and restroom, is separated from the main building; allowing the dining area to be surrounded entirely by nature. Unlike the dining area, the restroom, with constraint on its location, establishes its relation with nature in a different way. Hidden behind the wall, an outdoor space is carved out of the solid volume of the service area. This hidden open space with installation-setting vanities serves as a surprising entrance to the restroom. 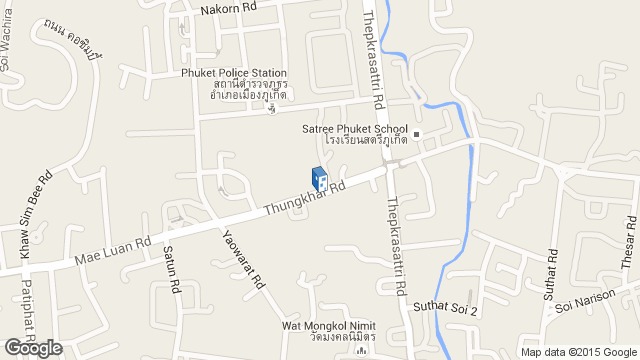 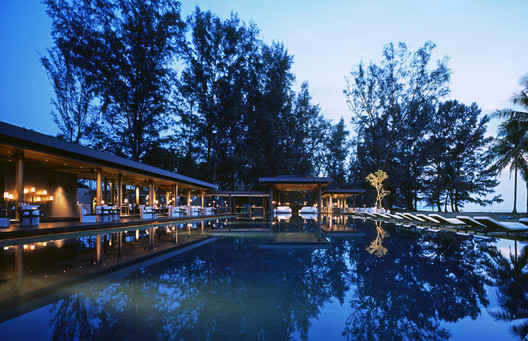