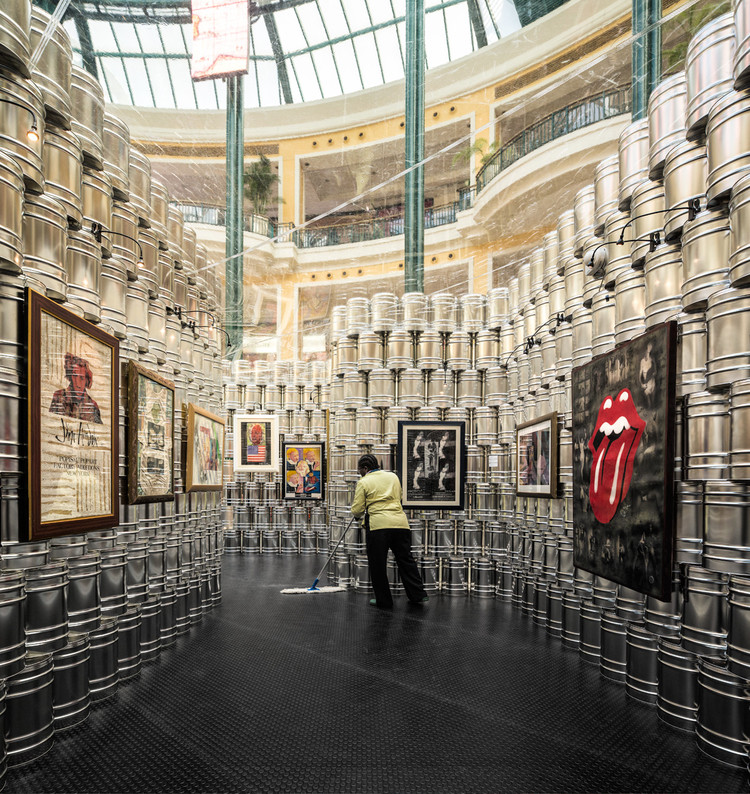 Text description provided by the architects. The Temporary Andy Warhol Museum is a cultural space within a commercial space. It was designed to host the exhibition 'Andy Warhol - Icons | Psaier Artworks and the Factory', which was opened between April 11 and July 11, in Colombo Shopping Mall, in Lisbon, and included a total of 32 original works by the American artist.

The museological space avoids the idea of having neutral white exhibition spaces and relates to the exhibited artworks through the creation of a strong visual context that uses the artist's imaginary.  The museum recreates an environment that is both pop and industrial, through an unusual materiality resulting from the use of metal paint cans. The expository structure, set in the central plaza of the mall, features an abstract exterior that is extremely appealing and assumes an iconographic character with clear links to the Pop Art.

The interior was designed as an enclosed introspective space, entirely defined by continuous walls, benefiting from a transparent cover in plastic screen. This cover has the dual function of allowing light to enter from the exterior and assuring the visual relationship between the two confronting spaces (museum / shopping mall). This solution captures the curiosity of visitors, calling for a visit to all those wandering in the higher galleries of the commercial space.

A fluid succession of four exhibition rooms, thematically organized, results in a new pathway that challenges the organic symmetry and rationality of the shopping mall main square. The two entrances to this small museum, one in each extremity, are located at strategic points in order to maximize the attention and flow of the people walking around its perimeter.

Like the Andy Warhol’s artwork the museum reflects the consumer society, but in a literal way, through the raw aluminum sheet of cylindrical cans. Other strands, which were patent in the work of Andy Warhol, were also fundamental in the creation of the architectural space - the repetition (silkscreened) or the idea of sublimating everyday objects, regardless of their original form or function, and transform them into tangible icons of the collective imaginary.

Used as a constructive element, the metallic paint can is the modular element which determines the metric of entire project, defining dimensions and drawing the voids - doors - that allow the entrance in the space.

The structural stability of the building was solved by filling the first three rows of cans with sand - foundations -, guaranteeing the stability of the walls and giving greater strength to the cans which are more accessible to the public.

Having received more than 100,000 visitors, the Temporary Andy Warhol Museum sought to contribute to the dissemination and promotion of art, free and accessible to all visitors. 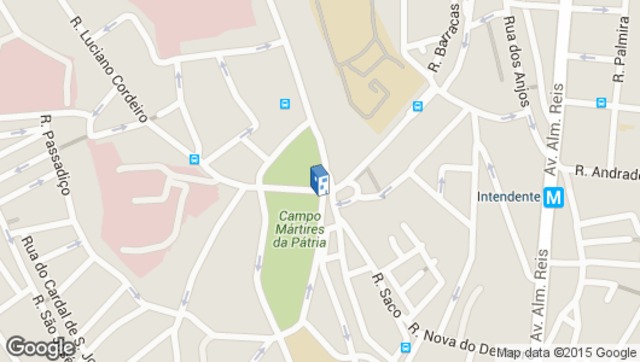