Santa Monica’s City Staff has recommended OMA’s competition proposal for a mixed-use development in the heart of downtown Santa Monica. The building and surrounding plaza incorporates a civic plaza, cultural venue, retail, residences, offices and a boutique hotel. The City Staff selection panel praised OMA’s project for its iconic architecture and flexibility, saying it would “easily accommodate potential design modifications and adjust to market demand changes in the future.” Santa Monica’s City Council will review the recommendation on August 27th before the project formally proceeds in 2014.

The proposal’s plazas and terraces will add over 55,000 square feet of programmable open space. A cultural venue will sit inside of the building, anchored by office spaces for Santa Monica and greater Los Angeles’ growing tech industry. The project will be led by OMA’s New York office, headed by Shohei Shigematsu. He explained, “Our design provides residents, tourists, and entrepreneurs a dynamic new public realm – a stepped building that achieves a strong interaction between interior program and exterior environments.”

More images and information after the break… 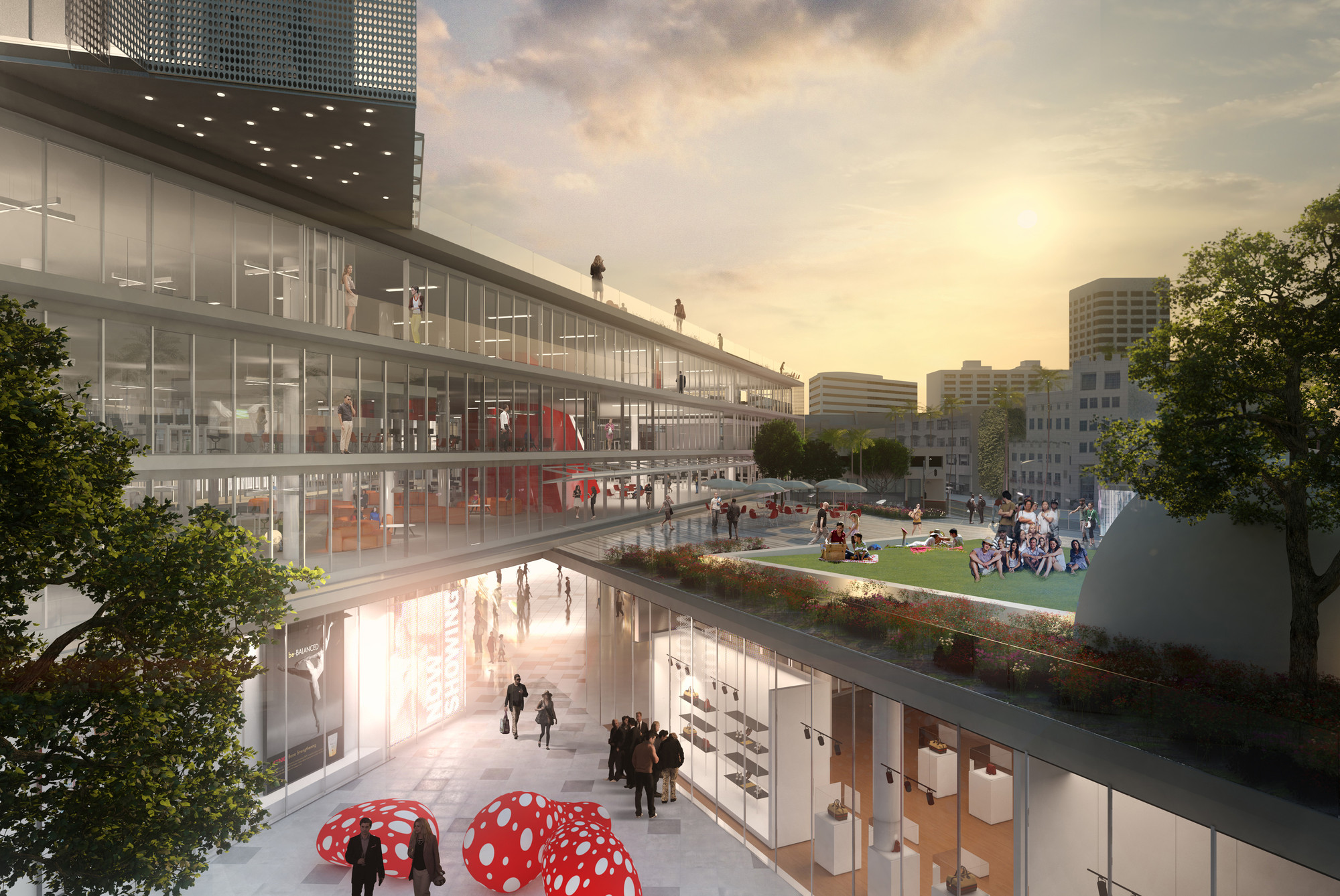 From OMA. The building integrates a ground level plaza and elevated terraces that provide an additional 56,500 sf of programmable open space compared to the original site. These public spaces are capable of hosting a wide range of outdoor programming, including a market galleria and the existing public ice rink. A cultural venue is embedded at the heart of the building, with street level access and a dedicated park.

The site will be anchored by office spaces designed to create a hub for the growing tech industry within the greater Los Angeles area. The office complex will be supported by a boutique hotel offering 225 rooms with unobstructed views of the city, beach and mountains. The project will also provide pedestrian improvements such as wide sidewalks, bike lanes, landscaping, street furniture and additional public parking.