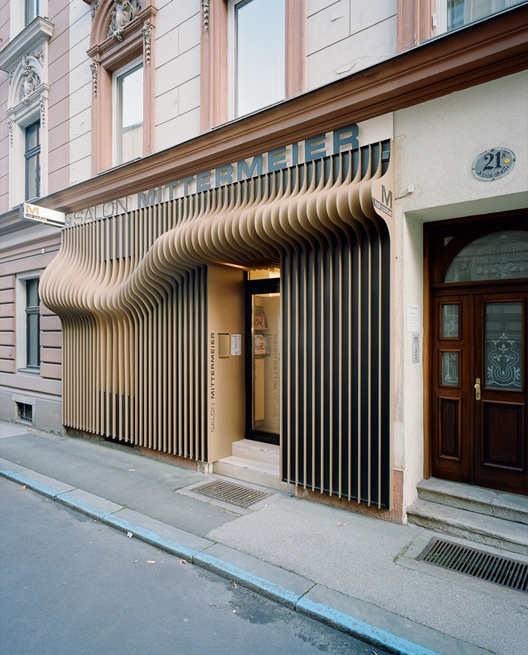 Text description provided by the architects. For the redevelopment of the façade of the Hair Couture Salon, which is situated in a quiet side street near the busy shopping axes of the city, the function of the hairdresser’s was to be transferred to the exterior to attract attention.

The entire façade now acts as an effective store sign through a three-dimensional architectural (hair) wave which runs along the exterior. At the same time, this dynamic design fulfils another important function: vertically, it runs like a curtain over the glazed façade, offers a degree of privacy, and thus supports the atmosphere and the character of the salon.

By looking different from each viewpoint in the street, the three-dimensional (hair) wave proves attractive to passers-by. The appearance of the flowing hair as well as the above inscription, were incorporated into the façade in a way that maintains the relationship with the building’s axes. In this way it harmonises extremely well with the generally uniform environment.

Laminated sheets, arranged vertically with varied spacing and at a right angle to the façade, were used as the material for the (hair) wave. The shapes of the individual sheets were created by a 3D construction process. The shapes were formed using a waterjet cutter. The context of the implementation also includes the colours of the laminated sheets; a golden shade literally swaying between blond and brunette. An integrated handrail in the entrance of the façade demonstrates that despite attaching importance to the basic concept, the function has always been taken into account. 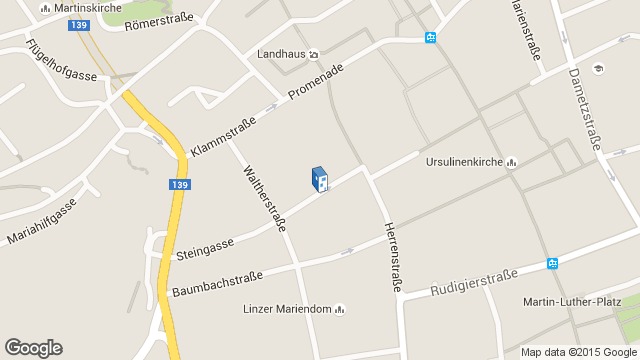