Aiming to seamlessly integrate into the UNESCO World Heritage site, this proposal for the Museum of Bavarian History is derived from the existing roofscape the building references to history. Designed by Simon Takasaki Architecture + Research Studio, their proposal develops a formal language which is triggered by the existing structures, overlaying the present and the future simultaneously. More images and architects’ description after the break.

Located in the old town of Regensburg, the architects wanted to create a haptic integration, so the facade is classic and modern at the same time, made out of bright, whitewashed bricks. The existing lane structure is assimilated and continued to the river Danube.

Due to the urban situation, it offers to be realized in two buildings. The center of the two volumes creates a public plaza which is also part of the lobby and the "Common Ground". The square is framed by the Museum of the Bavarian history and the Bavariathek.

The newly created space allows an extension of the Danube market, this is an integral part of the design. The design for the Museum of the Bavarian History reacts cautiously on the urban environment of the city of Regensburg. It integrates seamlessly into the existing structures without seeming old-fashioned. The face of the Museum of the Bavarian history is not denying the history of building culture in Bavaria, on the contrary, it is celebrating its roots. 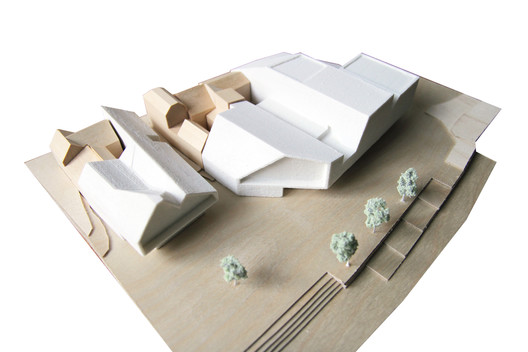