Construction has begun on OMA’s competition-winning proposal for the BMVR (Bibliothèque Multimédia à Vocation Régionale) Library in northern France. Located at the tip of a peninsula in an old industrial port area of Caen, the 13,000 square meter public library is shaped by four protruding wings that point towards four of the city’s landmarks: l'Abbaye aux Hommes, l'Abbaye aux Dames, the train station to the south and a new urban development to the west.

More on BMVR after the break...

Shaped as an “X”, the building’s layout aids users in navigating the library’s 150,000 volumes by assigning each wing to its own discipline - arts to the northeast, science and technology to the northwest, humanities to the southeast, and literature to the southwest.

This creates an opportunity for a “space of confluence for both knowledge and power,” as OMA associate-in-charge Clement Blanchet described, where the library maximizes interaction between disciplines by offering a fully transparent, naturally lit reading room with unobstructed views to the water and the city at its first floor core.

“This library is a symbol of the lateral thinking of the 21st century,” Blanchet stated. “Its form is based on an almost primitive action: two lines crossing, generating a centrality which groups four polarities. It is an agora of ideas, a place that might reinforce the role of books in an increasingly digitized world.”

The library is scheduled for completion in early 2016.

In other news, OMA has recently won three other major competitions in France: the Parc des Expositions in Toulouse; the École Centrale in Saclay, outside of Paris; and Begles Villenave, a masterplan in Bordeaux. 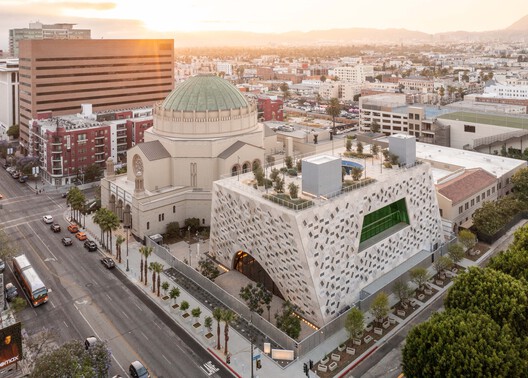