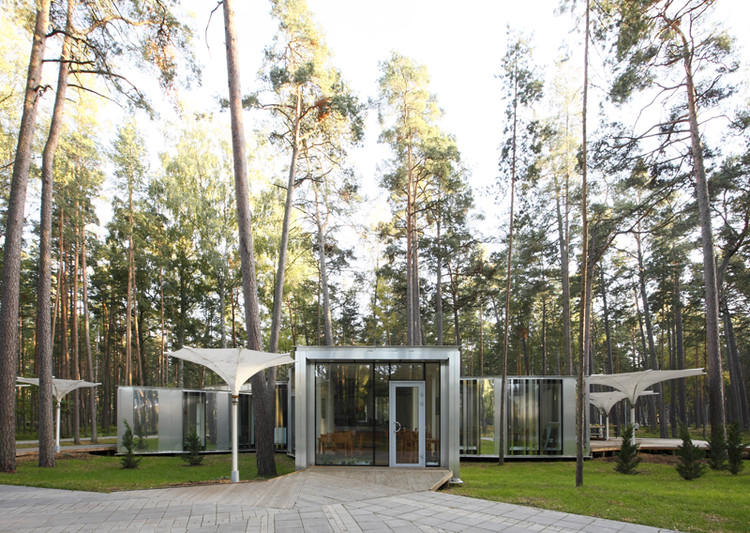 Text description provided by the architects. Dzintari forest park is unique due to its location. Its 13 ha territory of nature base is located in the very centre of Jurmala city. Due to intensive development of public and residential objects around this nature base territory, the idea to include it into the overall system of the city’s infrastructure objects and to adapt this territory to regular public visits became topical.

A 200-year-old pine-tree growth and the protected biotops of bilberry bush are the greatest treasures of Dzintari forest park. The new infrastructure is created as a singular mechanism that controls park visitors’ relationships with nature.

The infrastructure objects are located evenly throughout the park and are connected with wooden board foot-path raised above the ground. The most important active recreation element is the inline skating track in the middle of the park. Pedestrian bridge separates skater and pedestrian paths. The park also accomodates skate-board and street-ball grounds, children playground, cafes, sports inventory rental, lavatories and other buildings.

Modules system was selected as the most suitable principle for form-creation of the park’s building objects. Modules ramify like tree branches or roots, go around protected nature base elements and develop into foot-path structure that was created based on similar principles. As a result facades of building objects are broken into separate planes in different angles that significantly reduce the overall bulkiness of volumes. Composite panels with polished aluminium surface are used for facade finishing. Vertical division of specular facades reflect the natural appearance of surronding environment and dispel the park’s newly created building objects. 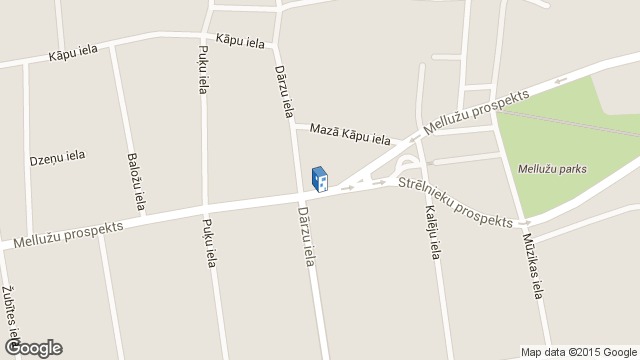