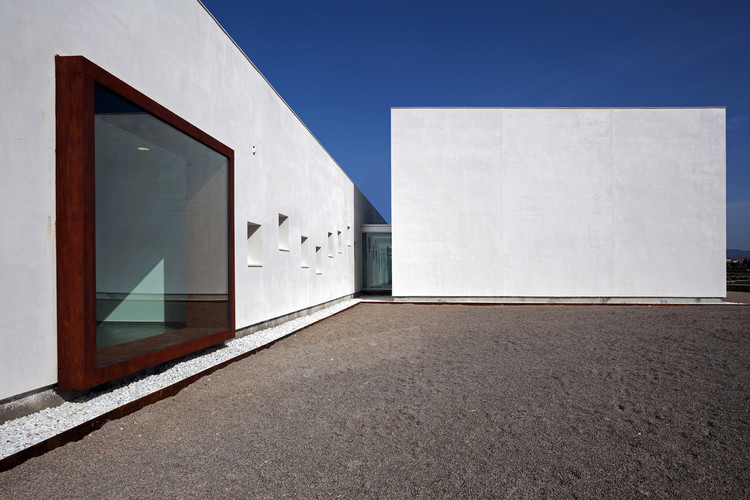 Text description provided by the architects. The School of Dance of Llíria is placed close to the Music Conservatory, concentrating in this way in the same urban area all the musical educations offered in the town of Llíria, popularly known as "city of the music ".

The building, which is solved in an only floor, is organized in two parts of different volumetry, articulated between them by three glass boxes, two that connect the wardrobes directly with two of the dance rooms, and the third one of bigger dimension that leads a distributor, from where it is possible to accede to any of three dance rooms.

The first of the volumes, the one which look out on the Trencall street, which has a marked horizontal character, is opened to the exterior across a great window that illuminates and puts it in relation with the exterior space. This body shelters the access, the hall - in which a large glass window is opened to the landscape-, the reception, the administration, the toilets and the wardrobes.

Behind this first body is placed the second one, of cubic character and of major height, which following its need of intimacy, it is separated voluntarily of the thoroughfare to shelter the dance rooms. There are three rooms, one in the center and two other in the wings, arranged symmetrical, of bigger size. The three possess large windows, which look at the spectacular landscape, a vast plain of vegetable garden that spreads to the feet of Llíria.

Latticeworks formed by tubular sloping profiles of oxidized steel protect the rooms from the exterior looks and from the excess of solar light, at the same time that they incorporate into the interior space an interesting movement by subtle combination of lights and shades. 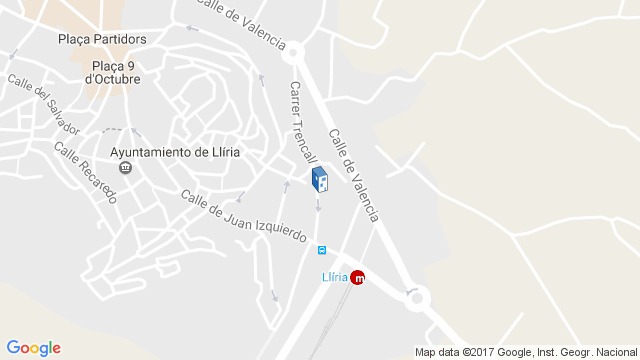