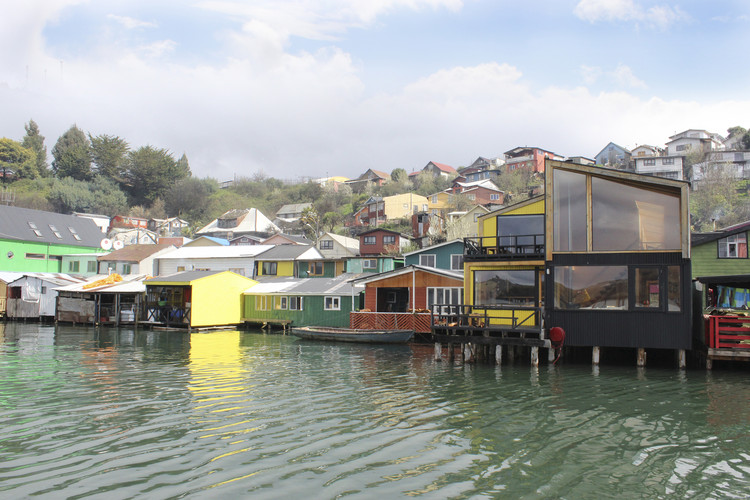 Text description provided by the architects. Pedro Montt is a neighborhood on stilts in the city of Castro, Chiloe. It is one of the oldest and most characteristic neighborhoods of the city and of Chile. It takes over the sea, where there are no regulations, only internal codes of a community that has existed for years on the waterfront, over the sea, showcasing a way of living and a culture.

The city of Castro is undergoing rapid changes, many of them related to tourism and thus, this neighborhood on stilts begins to emerge as one of the most attractive places for visitors to the island of Chiloe. Different tourism-related private enterprises strongly revitalize a degraded neighborhood, exonerated and marginal for the local authorities. This is countered by the neighborhood’s strength and charm, which attracts many travelers from different parts of the world with an unprejudiced view towards cultural identity.

Private initiatives allow many of the buildings currently neglected or extremely deteriorated, to be reused, recovered or reinvented, for the traditional neighborhood, the hostels and travelers to coexist.

This has produced a sociological phenomenon that we have seen in the course of a couple of years after the completion of the work, a unique “self revitalization”, from the people to their neighborhood.

This phenomenon, which we may have already seen in other places in Chile such as Valparaiso, has allowed this community to reconsider their own space, in a tangential manner and without any state support. The neighborhood was always viewed as marginal and poor, but the respect from people external to their environment has stimulated the community to care for their common space and housing.

The commission of the project was, by request of the owner, to design a boutique hotel as an experience to live Chiloe, preserving the ancient stilt space, where all the bedrooms would overlook the Castro estuary, and where the tides were always present in every corner of the project.

Thus arises the idea of making a stilt landscape out of different stilts, laid out around the seaside life in a collage composition that yields different colors, shapes, and textures, specific to their environment.

A central circulation enhanced by a linear skylight leads into the different rooms that are arranged linearly, successively crossing the various “thresholds of the sea”, which is where one observes the tide from inside the stilts. It finally concludes at the beginning of the project, a living room, by the fire, which welcomes guests for the encounter of Chiloe culture. 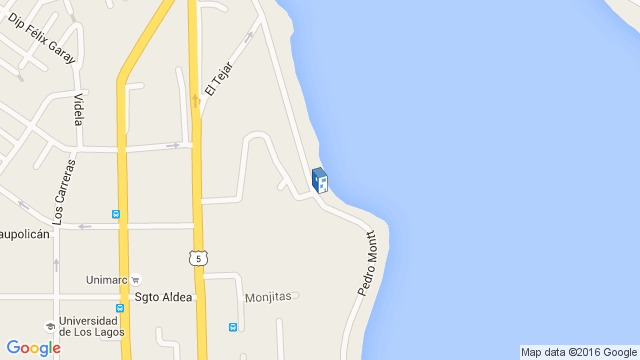 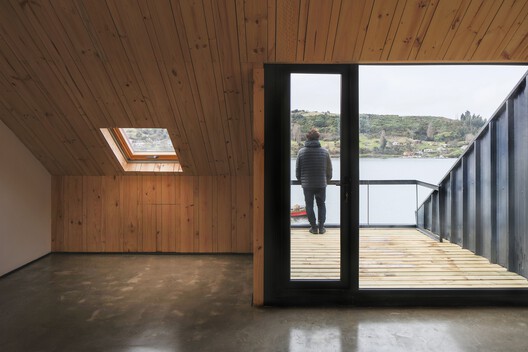