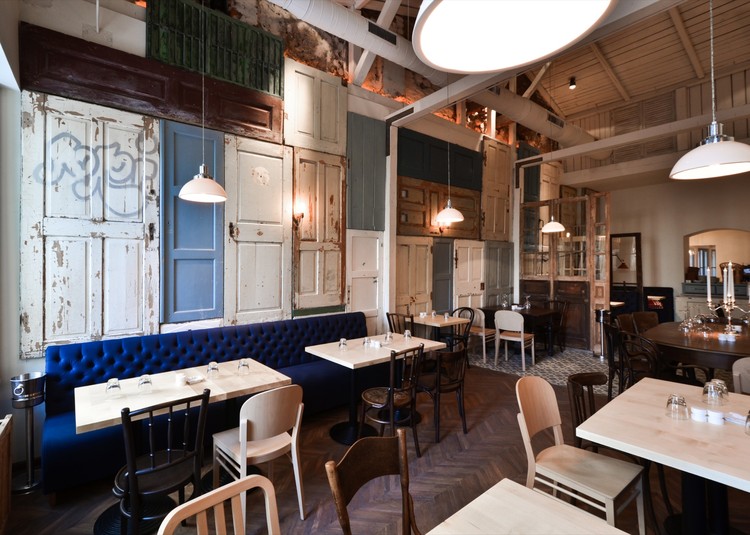 Over 200 reclaimed doors, windows and blinds were used as wall paneling. Carefully placed light sources add to the theatrical yet cozy atmosphere.

Some of the doors were rescued from being used as fence to building sites hence the graffiti and the extreme wear on some of them. We left most of the doors as we found them while only the shades of a few were altered to meet the discreet three tones color scheme of the design (white, blue, red).

Central Bucharest, and Romania in general, goes these days through a craze of demolishing old buildings, unfortunately. Our approach is also an attempt to keep some memories of the disappearing past. 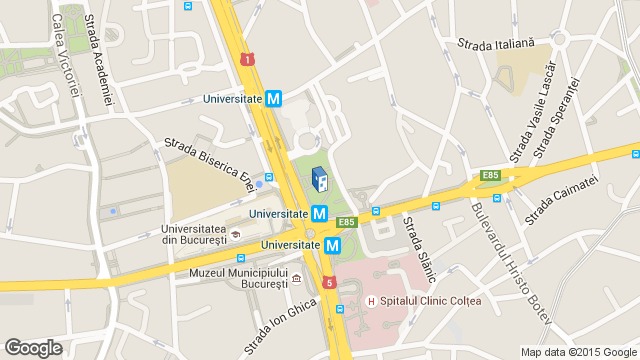