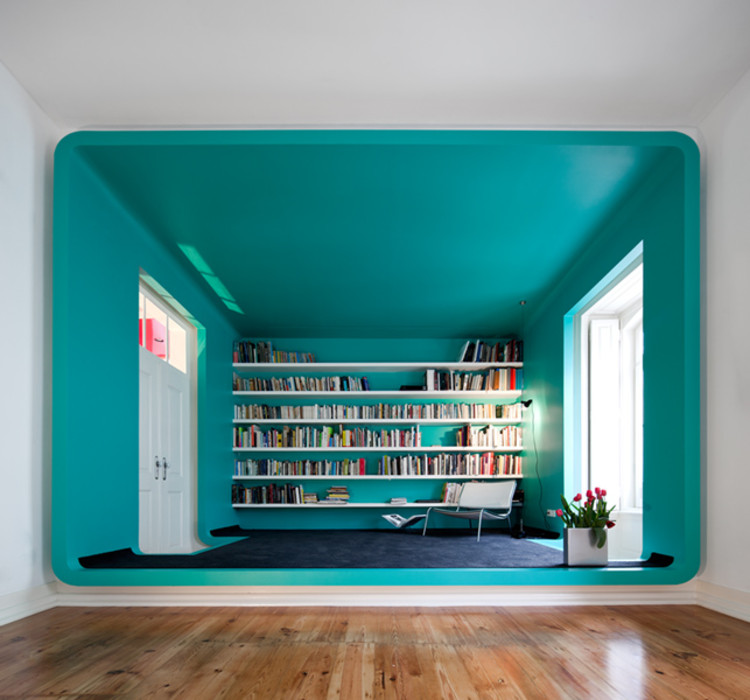 Text description provided by the architects. The man whose head in fact exploded captured the meager and eager attention of local and regional sensationalist tabloids in the early eighties. He was an unbeknownst artist, until he alleged that he had been a minimalist, a conceptualist and a pop artist, all simultaneously, and before their due time. His wonderful and frightening story gained him a place in the history of alternative pop music around 1982. As the song that immortalized him went, â€œthe scriptwriter would follow him around, the soap opera writer would follow him around, and use his jewels for t.v. prime time.â€

As he confided to his pub companion Jim Ballard, by the age of 12 he asked his father to build him a giant version of the pills he took for epilepsy so as to remind him of ever-eminent seizures. This he installed in one corner of his room, later to be converted in one of his many custom-made toilets. The expanded object was cast against a large polyhedral suitcase that he used as a fit-in-wardrobe-cum-miniature-museum for his earlier sculptural upshots. This was the beginning of a strange universe that unfurled inside an otherwise unremarkable late 19th century townhouse.

People passed the street where his house anonymously sat and remained unaware of the strange experiences conducted inside. He made large things that he installed in manically chosen spots according to his growing imaginary needs. He duplicated stairwells and created whole new floors. He excavated new underground rooms and created a thin, long swimming pool. He turned rooms into amphitheaters that would then be transformed in libraries. He converted empty elevator shafts into monstrous one-string guitars. He replicated spaces into ghostly, endless perspectives.

He assassinated typologies and resuscitated them again in new hybrid forms. He welded the old into the new, and the weird into the ordinary. For his tiny, absurd thinking space he erected a high seating structure in a corridor, by a high small window. The awkward shaped hole belonged both in long gone space-age scenarios and in retro-futuristic German expressionist dramas. This was the place where he would keep his thoughts warm. He famously claimed that David Lynch invented the obnoxious Radiator Lady after he visited him in the mid-seventies while he was crouching in this little studio of his.

The man whose head expanded felt no need to ever leave his laboratory. He rarely entertained. The last time he let anyone photograph his domain, the house was still fairly vacant. As the legend goes, he went on to build so many objects that the house became impenetrable and labyrinth-like. He kept changing spaces until they became twisted and Piranesian. The house was to be filled with his entire repertoire, until his head could no longer contain the cancerous proliferation of his ideas. Just before he died, the man whose head expanded thought he should have sued David Lynch, Damien Hirst, and Mark E. Smith.