After winning a Transport for London (TfL) tender for ideas to improve pedestrian access across the River Thames, Thomas Heatherwick and Arup unveiled plans for a new, 367-meter long ‘Garden Bridge’ that will span the river from Temple to the Southbank. The lush pedestrian corridor, earmarked for opening in 2017, would be the first new crossing since the Millennium Bridge opened to the public in 2002.

More details and updated images after the break...

“The revival of the South Bank over the past two decades has created a vibrant and artistic district attracting large number of visitors to its art galleries, theatres, music halls, restaurants and outdoor entertainment,” stated Heatherwick. “However, visits to Temple and the north bank area east of Somerset House and Waterloo Bridge are far less frequent. The bridge will grow and nourish the connection between these distinct areas whilst providing new walking routes to and from Covent Garden and Soho.”

The Garden Bridge was originally inspired by actor and campaigner Joanna Lumley, who has been a proponent of such an idea for several years.

“It's quite strange to talk of something that doesn't exist yet, but the Garden Bridge is already vivid in the plans and the imagination,” Lumley commented. “This garden will be sensational in every way: a place with no noise or traffic where the only sounds will be birdsong and bees buzzing and the wind in the trees, and below the steady rush of water.

“It will be the slowest way to cross the river, as people will dawdle and lean on parapets and stare at the great cityscapes all around; but it will also be a safe and swift way for the weary commuter to make his way back over the Thames.

There will be grasses, trees, wild flowers, and plants, unique to London's natural riverside habitat. And there will be blossom in the spring and even a Christmas tree in mid-winter.  I believe it will bring to Londoners and visitors alike peace and beauty and magic."

Heatherwick is expect to submit the planning application for the £150 million project in early 2014. Construction is planned to begin in 2015. 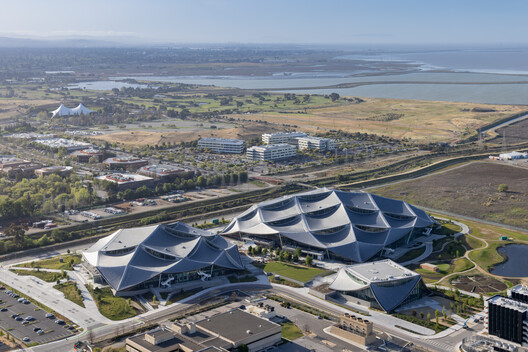