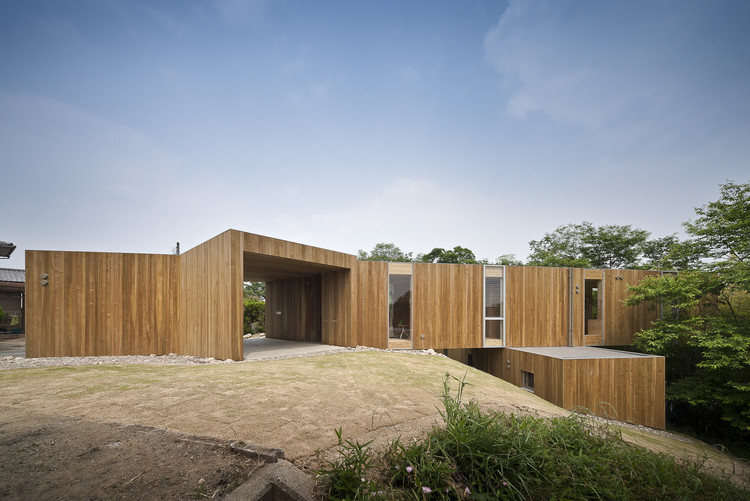 On the south side of the site there is a rich forest where animals and plans reside and on the back north side where hilly land was developed into a residential area in a tiered platform.The site is located at the node point of such nature and human-made place.There is a thicket spreading over the hill of over 10 meters level deference along the south side from the frontal road.

Various creature’s territory is layered from the land surface to the sky above trees. In this occasion, I thought about a place for animals, plants and human beings in a scale closer to the environment of the rich sectional direction. Thus, keeping the large site as it is, I thought to create a various environment that is produced by manipulating a sense of distance from the flat area that comes in contact with the road to the forest located 25 meters away.

Specifically, by placing 3.5 meters cubes similar to a wooden bird’s house on the side just like a toy building block, we made a place that responds to a surrounding horizontal and vertical territory that connects the ground surface and the forest. Gradually advancing from the approach to the south side and enabled by sceneries that is cut out in fragments in the east and the west direction, linear space in about 30 meters unfolds as a sky pass, keeping a gradual sense of distance with the surrounding environment.

The space is connected to the 10 meters above forest. On the other hand, the cube that is buried in the underground slope becomes a space that reacts with the surface environmental territory such as sunlight filtering through thick trees, humidity and temperature. The bird’s house that connected the ground surface and the forest is like a place of kaleidoscope that reflects various regularly changing things. It is a place of a node that creates an interactive environment with natural animals ant plants. 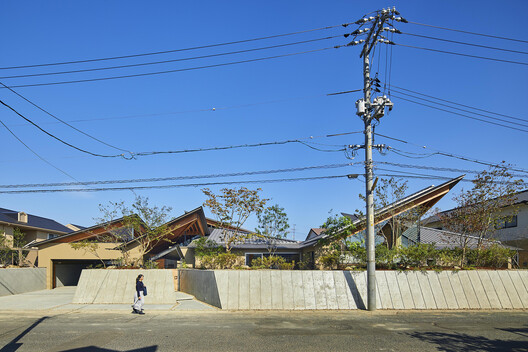