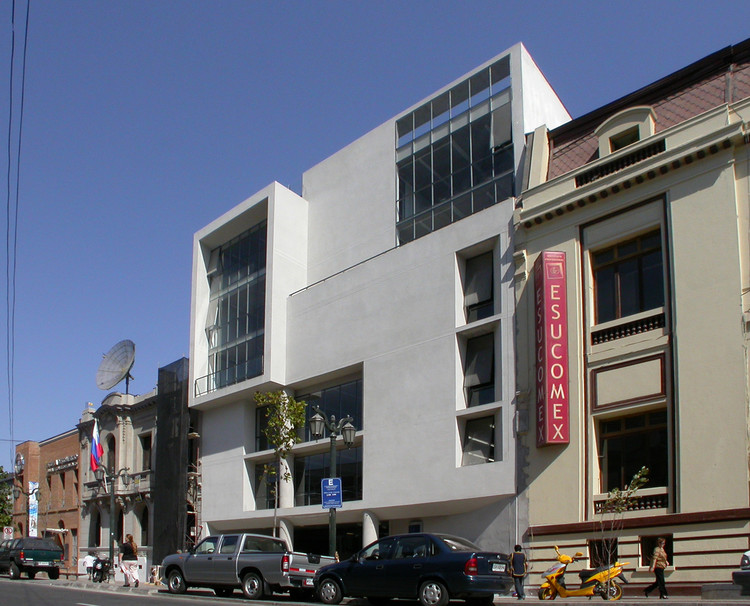 The project is a building for a community college, located in a plot with very little facade on Ejercito Avenue, in an area denominated Barrio Universitario de Santiago. The building code identifies this as a conservation area, and it allows a continuous building up to 20 meters high with 100% occupancy of the plot.

The commission consisted of a building that would house as many classrooms as possible and that could be completed within eight months, with technical projects, construction and permits included.

Aware of how uncomfortable it is for an educational building to have 6 floors, and of the difficulty of bringing natural light into the interior of the building, we designed a central space that through large beams that run from east to west and which support a glass roof, reflect and incorporate light into the courtyard throughout the day. This roof is separated from the beams, generating a natural ventilation of the building, reducing air conditioning costs. To mitigate the problem of the building height for an educational building, the building was cut and offset into half levels along its longitudinal section. The half levels are connected by ramps that overlook the central space, making it much easier to navigate through the building and giving great life to the heart of the project. To create a place of interest other than the courtyard at the access level and to invite the students to occupy the entire building, the ramp ends in a viewing deck on the roof, creating a community space with trees to generate a recreation area for the building.

The plot was a vacant site and was being used as a parking lot. It is surrounded by early-century buildings with heavy facades where simple volumes predominate, the filled over the void and balconies at different heights. As this is a contemporary building, we tried to be as attentive as possible to what was already there. Although the building code in the area allowed us to build a taller building that the preexisting buildings, the spatiality of the street conditioned us to set back the facade in the fourth floor to reconstitute the height of the existing building, making it coincide with the height of one of the contiguous buildings and therefore keep the area required by the client.

Finally, due to the short time required for construction, we decided on a building based on reinforced concrete with post-tensioned slabs, which shortened significantly the curing times for the concrete. The facade is clad with organic stucco with incorporated pigment, similar to the stucco of the original buildings in the area. 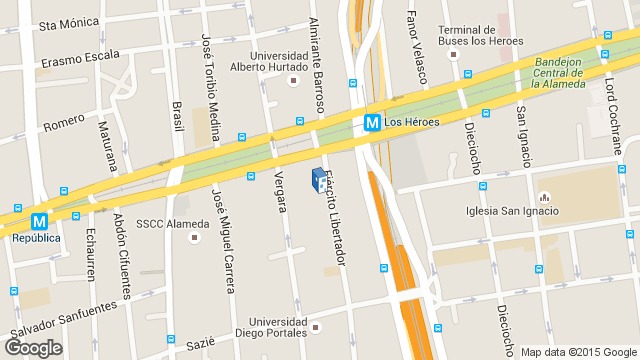 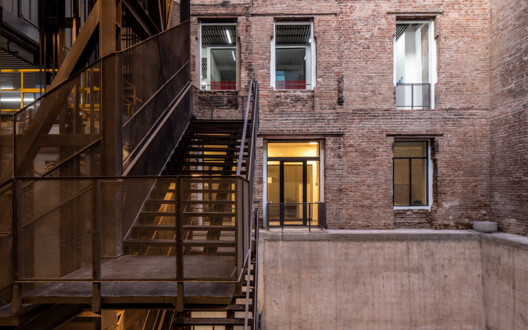