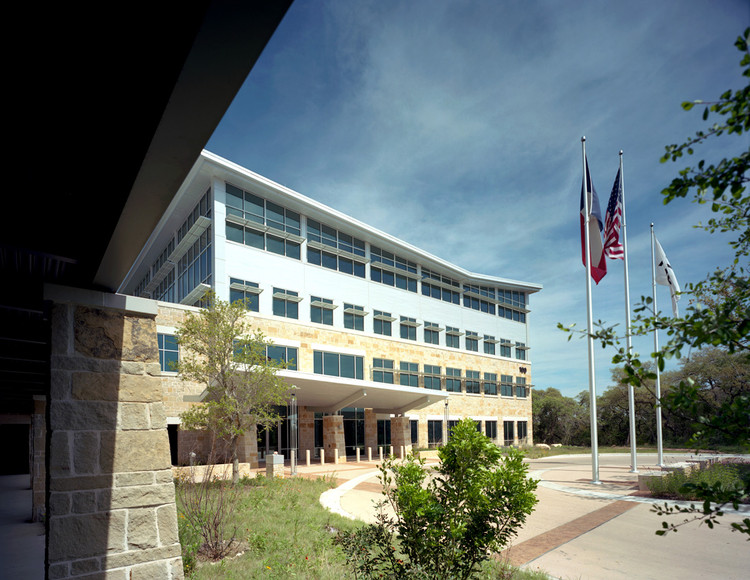 AMD's new Austin campus was designed to fit the specific needs of its employees and the local environment. To create the innovative site development plan, the project team embarked on an intensive design process known as a "charrette" and created a site plan based on three key tenets: reducing site impact, protecting water quality and using innovative sustainable design.

Some of the innovative design features resulting from this unique development process include:

Green Site Planning & Building Materials: Site plans called for structured garages instead of open lots and compact buildings with limited footprints, reducing the amount of impervious cover used to 20 percent below the amount legally entitled. Its exterior consists of native stone and metal panels, providing aesthetic continuity for the campus, while expansive glass with solar shading allows daylight to penetrate the open office areas and provides employees with visual access to the natural setting. Approximately 43 percent of the land was left undeveloped.

100 Percent Texas Native Landscaping: AMD partnered with TBG Partners and Lady Bird Johnson Wildflower Center to identify ecological areas and to salvage the native trees, shrubs and grasses within the footprint of the campus' roads and buildings. This natural vegetation was harvested prior to the project’s groundbreaking and replanted at the Lady Bird Johnson Wildflower Center during construction of the AMD project. TBG's design incorporated the salvaged plants to maximize preservation of the existing environment and to restore disturbed and failing ecological systems.

Rainwater Collection: An innovative rainwater harvesting system was designed to collect rainfall from all roof surfaces, including the structured parking garages. The rainwater is collected, filtered and stored in two underground tanks equaling two million gallons. The collected rainwater is used to irrigate the site's native landscaping and to supplement the potable water used in the campus' energy-efficient cooling system.

Sustainable Products: The design team utilized products that feature high amounts of recycled content and rapidly renewable materials to reduce energy, such as bamboo, certified wood grown in ecologically maintained forests, and concrete with a large percentage of fly ash, a waste byproduct of the coal industry. Finish materials and treatments were simplified throughout the campus in order to reduce waste, chemical pollutants and maintenance. Wherever possible, stains or clear coats were used instead of laminates, paints and coverings. In all, 75 percent of its construction waste was recycled.

Founded in Sunnyvale, Calif., in 1969, AMD came to Austin in 1979, building the company's first U.S. chip manufacturing facility outside Silicon Valley. Today, Austin is home to AMD's largest non-manufacturing campus and employs more than 2,500 people. AMD has a long history of environmental stewardship and corporate responsibility and has been recognized for its efforts by some of the most prestigious institutions. In 2008, the company received the annual Climate Protection Award from the U.S. Environmental Protection Agency for continued commitment to energy-efficient product innovation, facility design and management and industry education. 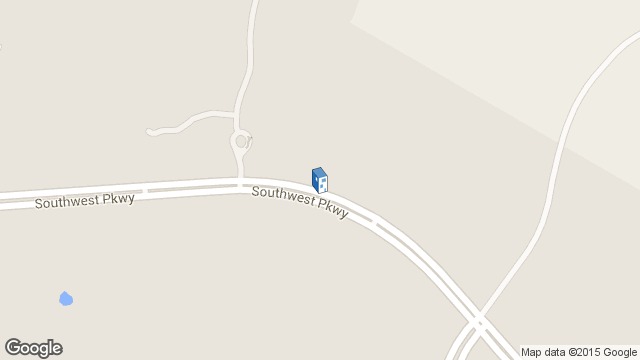