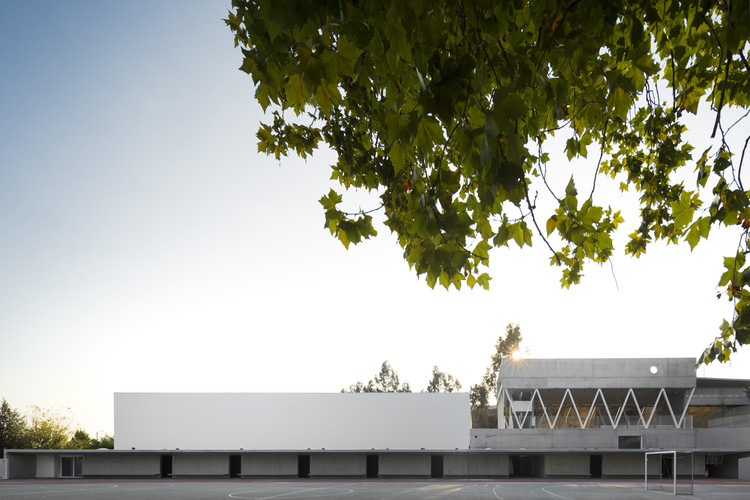 Text description provided by the architects. The Sever do Vouga School project was included in the third phase of the National Secondary Schools Refurbishment Programme, which consists of renovate approximately 300 schools, reusing existing facilities and adding new facilities. The investment focused on areas of common use - Library, Student Room, Study Rooms, Canteen, Auditorium and Sports facilities.

Sever do Vouga Basic and Secondary School is located in Serra do Arestal and is part of Maciço da Gralheira, a mountainous region,where its two main activities are agriculture and metallurgical.

With capacity for 1,500 pupils aged between 10 and 17 years, the schools serves the whole municipality, and pupils travel to the school from all the villages in the Municipality using the School Bus. For these students, the school is where they spend much of their day, working as a "second home".

The School is set on a north-south ridge, with a 26m slope, among the mountains, in an area of low urban density and a strong natural surroundings.

The project reconstructs the relationship between the school and the Territory sublimating to their natural condition in the landscape - a fusion between Nature and Architecture.

The main challenge of the New School is finding the balance between the formal classroom for teaching and outdoor spaces for freedom.

The project is organized around the four pre-existing blocks, improving and optimizing the range of teaching spaces and defining the northern and southern boundaries with two generous open spaces that are facing the valley.

A new L-shaped structure is added to the four existing blocks, creating a set of courtyards and topographic boundary, containing the main entrance of the school and the common spaces.

The Basic School is located on an upper level (2nd floor), organized in "U" around a large south facing patio that opens to the valley, working as an acropolis overlooking and dominating the Territory.

The main entrance to the school is made in the intermediate floor. From this floor (P1), you can either descend to the Secondary School (P0) or go up one floor to the Basic School (P2), optimizing the relationship between the various levels of school and making it more inclusive.

The Sports Complex in the south of the plot was reorganized. The pavilion has been refurbished and a set of new gymnasiums were added grouped in height, forming a small tower that connects the ground floor of the Secondary School to the sports platform.

The different school areas installed on the three layered are joined by two pathways: one more artificial and pragmatic, oriented north/south, which interacts with the three platforms (Primary School, Secondary School and Sports Complex) in an inclusive manner, the other more natural and dialoguing with the topography. The two routes begin and end together, establishing multiple connections along path.

This system is complemented by a path made by metallic bridges at the same level of School entrance (1st Floor), linking the existing blocks to new ones. This structure "suspended" over the ground floor is extending the entrance level and connecting the different blocks, creating a complex system of relationships between the School floors and the different patios. 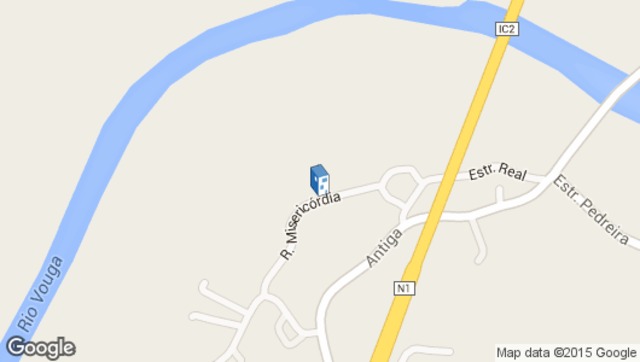