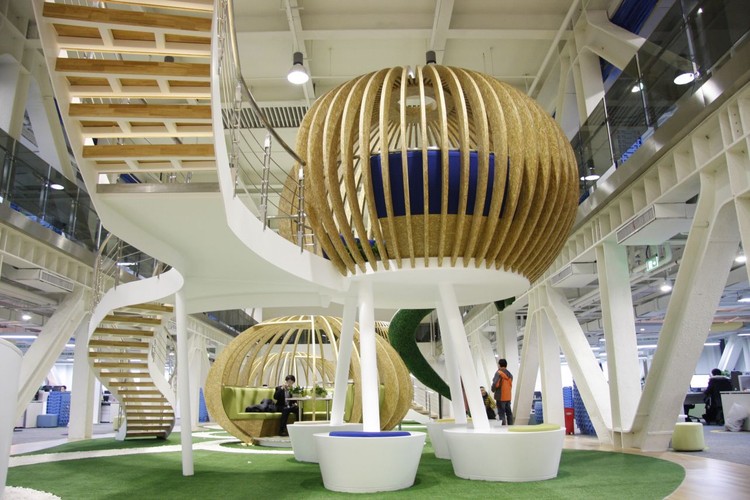 Text description provided by the architects. This is the new headquarters of Qihoo 360 Technology Co., ltd. Design Director David Ho binding ‘Large Hadron Collider’ and 360’s ‘Subversive Innovation’ corporate culture to design. Try to find out the future office for 360, the number one leading cloud-based Internet and mobile security products and services in China as measured by user base. At the end of March 2012, there are about 411 million monthly active Internet users, according to iResearch.

When was ready to start the design in 2012, the world's largest underground particle accelerator in Geneva (Large Hadron Collider, referred to as LHC) have discovered the Higgs boson (Higgs). The Higgs boson is a physicist called the last undiscovered elementary particles in the standard model, finding the Higgs boson is the key to unlock the Universe mystery of Big Bang. The news gave inspiration to David Ho, combined with the subversive innovation company culture and collider concept into design. According to this concept, he designed 4 radial capsule shape 'Future Collider' in the two floor high open area in 6th floor, provide employees brainstorm space to create more creative ideas.

These 'Future Collider', sitting on bamboo flooring, are constructed by using straw board, a renewable agriculture bi-product to create an innovative solution for sustainable construction and healthy office environment of interior decoration. It was also the main material used in 2010 Shanghai World Expo Pavilion. The straw board based on 100% superior wheat straw; using formaldehyde-free adhesive (p-MDI) through hot press process with low carbon furnishing, healthy and environment-friendly structural. As they are "zero wood" content, this products help reducing deforestation, which in turn has a further positive impact on the quality of the air we breath.

A climbing wall and a giant inflatable castle is installed to another 2 floor high open space where particularly devoted to the staff also their family when visit the office for having relaxing. Very much reflects the good care of employees of the company culture. In the centre meeting area, designers configured three round public meeting rooms. This shape is also a metaphor for the logo of 360.

Most of the workstations are allocated along the window so employees can enjoy the best view and natural light. In each floor, there is a public pantry near the core area and the main circulation to rise/inspire more interactivities between staffs. David Ho’s design concept not only bring the ‘Green Space’ to the working space, but also take 360 companies' User Experience 'cultural to transfer to 'Staff’s Experience ' for 360’s new HQ office. . Awards 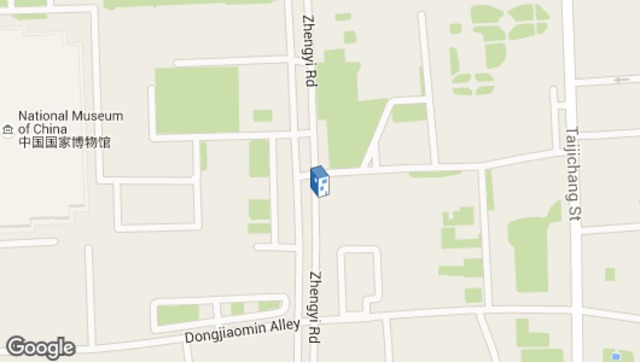