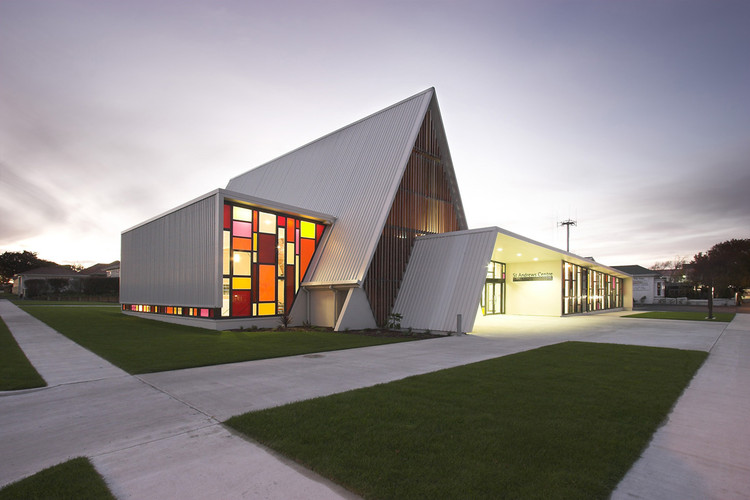 Text description provided by the architects. The project involved the refurbishment and extension of an existing 1960’s ‘A-frame’ Church. The church space has been re-organised to increase seating capacity and a new lounge, kitchen, office and meeting rooms added.

Design intent focused around the need to open the facility up more to the community, to create a building which is transparent and inviting to the public of Waiuku.

A second simple form intersects the existing dominant A-frame structure, with significant amounts of glazing to each side.

The notion of wrapping is taken from the original Church and developed in the new works, with careful attention placed on transitions between old and new.

The facility is intended to become more than a simple Church, with the ability to operate as a theatre for performance, as a functions venue and youth and community centre. 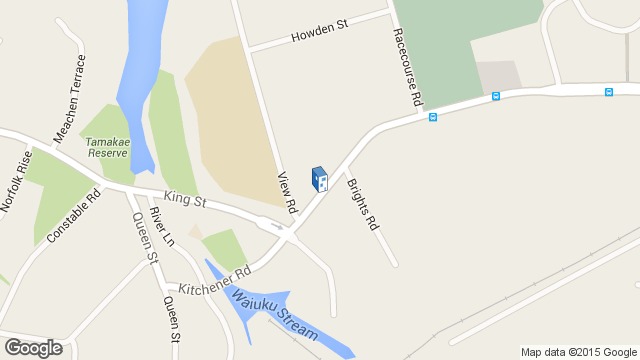 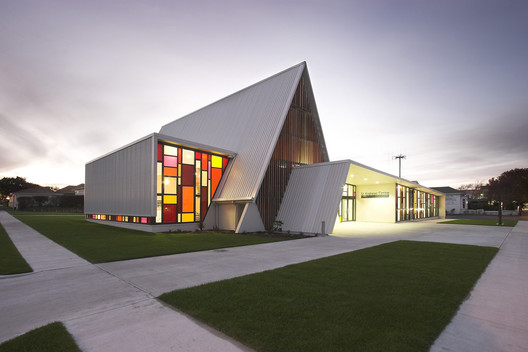