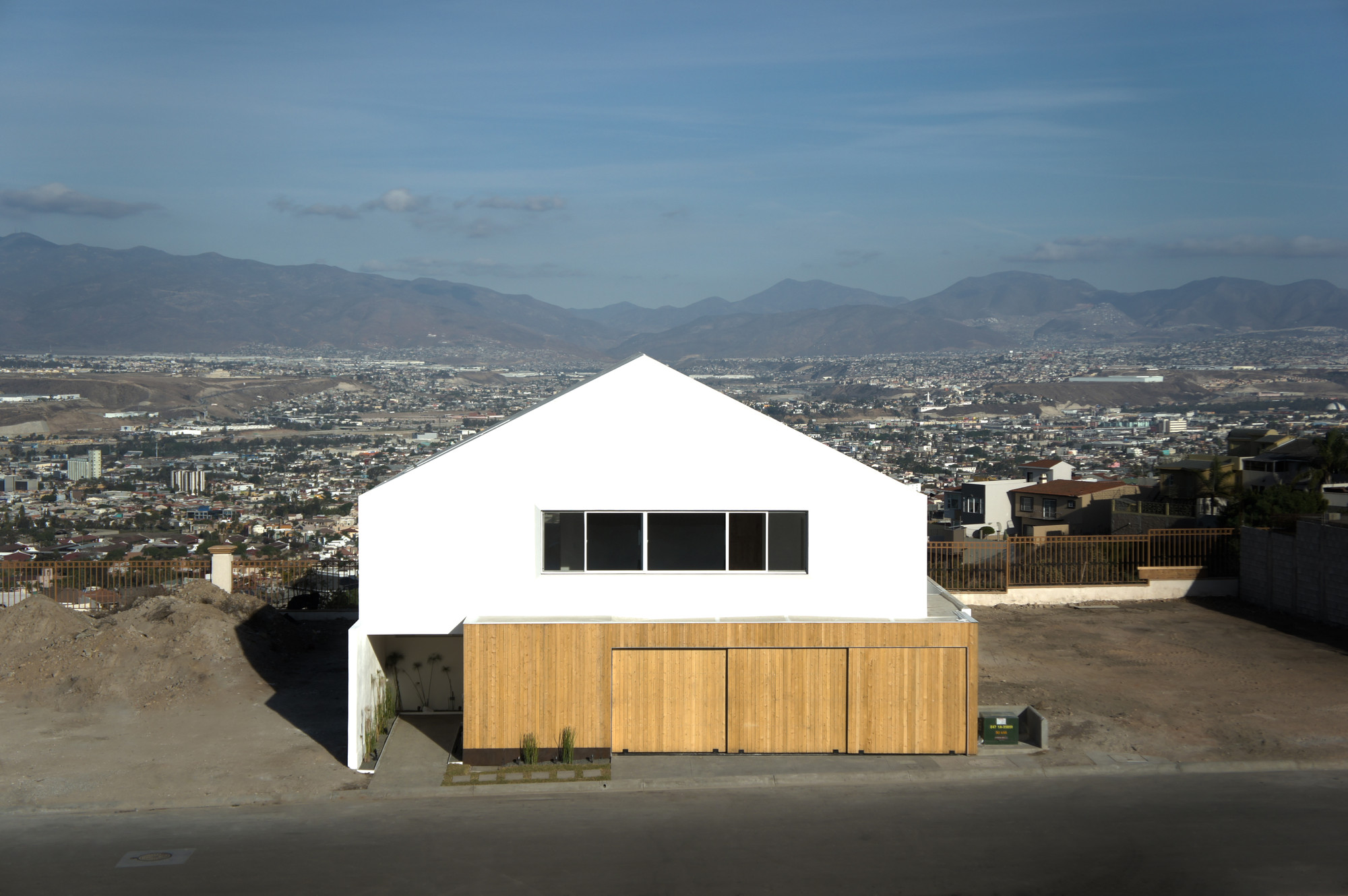 On a site where we are designing 11 single family homes, HDJ86 is one of the first ones to be finished. Built in Tijuana, we have taken advantage of the increidible construction craft that is available, in which construction workers have worked in both the USA and Mexico, so they can perfectly execute construction techniques used in both countries.

Each one of the houses is different and deals with different issues and concerns that we have.
Since most of the architecture of the houses in the context is California style imported from suburban developments in San Diego, we analyzed the archetype form of a house with a sloping roof, its an exploration into that typology.

The program, that of a typical house, is arranged around a double height courtyard that splits the back part of the house into two wings. The front part of the house is sliced by two openings that create exterior courtyards on the second level, bringing light into the central vertical circulation nucleus.

Although from the outside, the house is perceived as a single monolithic volume, the inside of transforms itself through a continually changing section that is intersected by multiple planes. 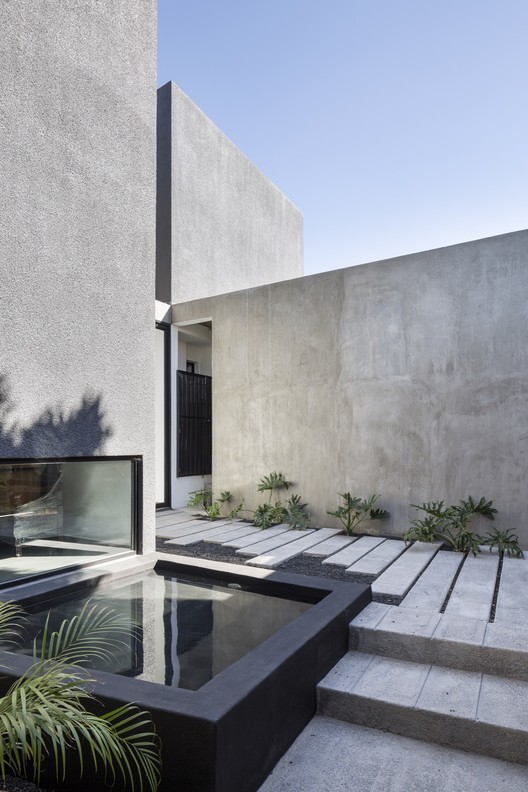