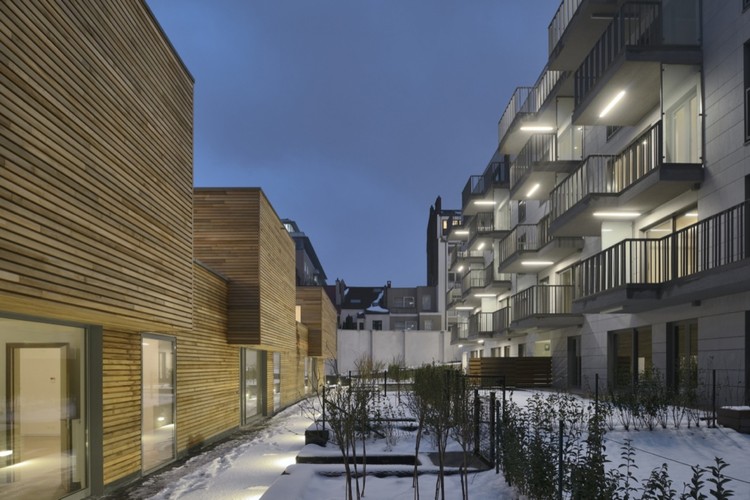 Text description provided by the architects. The project aims to create, on one hand, a continuous building façade across the plot in order to consolidate the character of the street and, on the other, to free up the interior courtyard which is currently built up and make it greener. Four low-story houses will be integrated into this green environment.

The elevated portion of the project will ensure a continuity of size by moving from a four-level structure which characterizes the street to 5 levels in order to reach the size of the highest adjoining building which is more characteristic of the sizes of the large adjacent streets. A 6th level will complement the structure, set back compared with the street alignment. In order to use one of the terms in the glossary of Brussels architecture, “bow windows” will lend vertical emphasis to the street façade. As the street is relatively narrow, these bow windows will constitute projecting elements which will provide lateral views along the line of the road.

This architectural component will give the façade a vibrating character, a changing interplay, while retaining a certain overall homogeneity. Though, due to the proportion of these windows, the front façade will be suited to the night-time spaces located in the front due to the northern orientation, the back, on the contrary, will be oriented towards the south and give generously out onto the garden.

The living rooms will extend out towards the exterior via terraces which wind horizontally and vertically along the façade, akin to a vertical labyrinth, in order to optimize views, light and solar protection, giving the façade a varied and rhythmic feel, like the front façade.

The interior courtyard houses, more introspective in nature, will be set back from the shared garden and open out onto their private garden. Their meandering terrace will lend rhythm to their façade and dilate views from the central space, thus revealing the vegetation of the ground-level gardens. 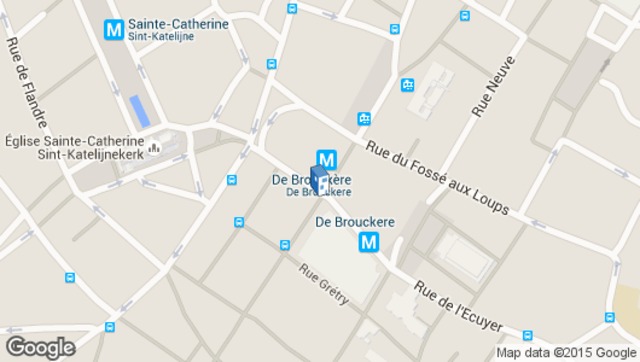