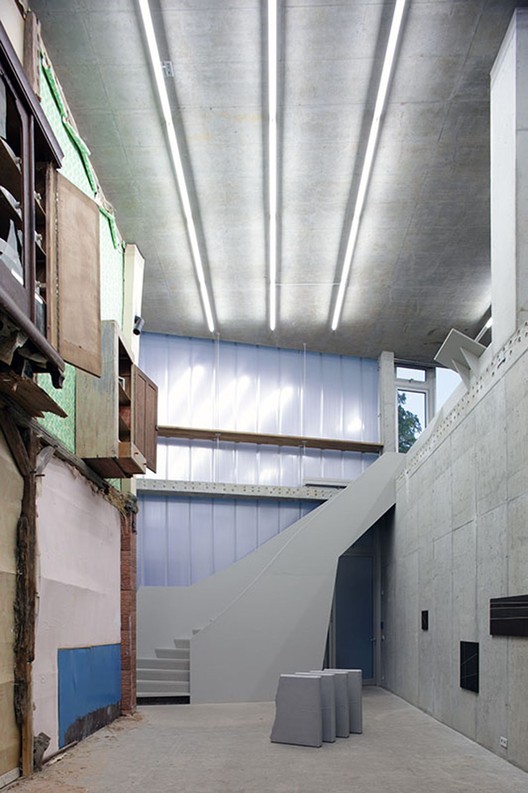 Text description provided by the architects. The house on Brunnenstrasse 9 is an extension of the foundations of a building "ruin" that was the result of a bad investment in the ’90s. The existing consisted of the cellar walls towards the neighboring house, the street and the courtyard, and a cellar ceiling, with exception of the parts of the lift and the drive-through; the steel reinforcement of the incomplete building protruded from the street level. The found structure was not only included but was even further developed in the new building. The angles of sun rays determine the volume of the attic floor, maximizing the light exposure of the building in the back.

The offset of the floors of the new building results from the connection to the different levels of the neighboring floors. The cellar floor benefits from the partially missing ceiling, displaying a double height room. If desired it will be possible to extend the missing ceiling with little effort, by using the visible bolts set in the reinforcement. The same is possible in the similarly laid ground floor. An elevator allows access throughout the entire building. The external escape stairs were built in the courtyard and at 5 m. of distance from the house, for fire protection. With this solution the floors are independent, with the exception of the elevator space and the bathrooms. The access to the escape stairs serves also well as terrace space. The ground in the courtyard was raised of 72 cm. towards one end side of the house and 36 cm. on the other side, this was done in order to comply to the maximal height of the fire men's ladder.

The facade towards the much trafficked Brunnenstrasse displays a "closed" quality. On every floor there is a fixed glazing, the rest is finished with a translucent polycarbonate facade. The sun protection layer on the facade creates different colors. Small ventilation shafts, set on the side, allow the cross ventilation of the house. The facade on the courtyard is instead completely glazed. Ceiling-high sliding doors allow for a large opening of the building towards the courtyard.

The rafter construction parallel to the street and set between the bearing axes of the building defines the paraboloidal form of the walkable roof. The floors of concrete were already built at the same time of the shell of the house. The walls to the neighboring buildings were built with precast concrete units. The rest of the walls are in cast concrete without indication of pattern. Therefore all the walls and floors were ready by the time the structural work was accomplished; they were rendered impermeable later on . The oak planks along the facade on the street are the substructure for the polycarbonate elements, they can also be used as benches, tables or shelves. The electrical system is concealed in pipes laid in the concrete. The heating pipes are exposed and without insulation, serving as heaters as well. 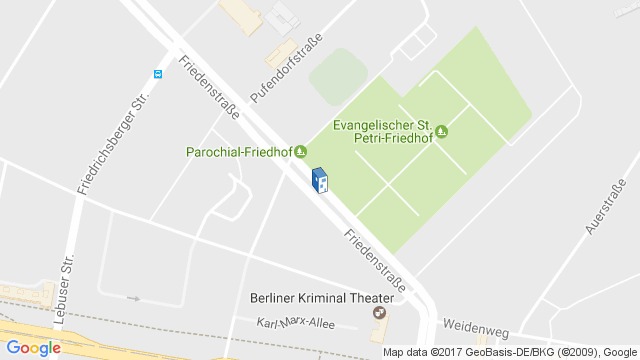 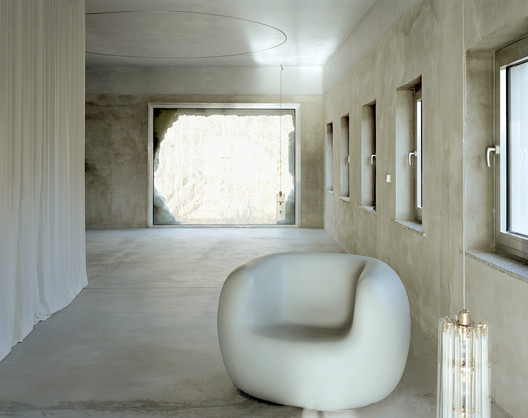