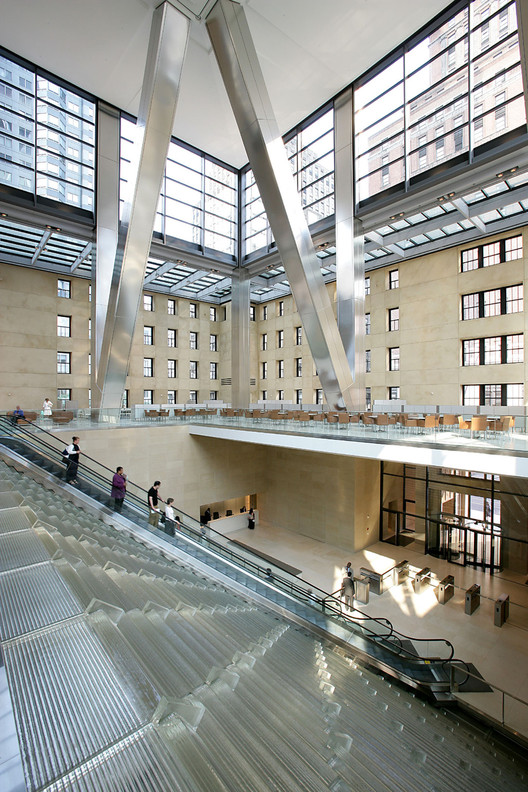 Text description provided by the architects. In 2001, the Hearst Corporation appointed Foster and Partners to expand 959 Eighth Avenue, a building designed in 1926 by Joseph Urban and George C. Post for William Randolph Hearst.  Foster and Partners’ tower design reunites the Hearst Corporation’s multiple media interests under one roof.  The new tower preserves the landmark’s original façade while creating a technological and ecological structure that extends the original building aspirations.

An inclined plane traversed diagonally by escalators, connects the lobby entrance with the main lobby and elevator floor thirty feet above. JCDA was asked to design a water feature along this plane. Cast glass was selected as a medium for the waterfall so that its profile and resulting internal reflections could be designed to redirect light. By controlling the water temperature the water feature is a functional method of controlling temperature and humidity within the vast atrium space.

The diagrid of the building’s structure is reminiscent of cut diamonds. JCDA took this idea to explore the idea of controlling the incoming daylight. The complexity of the cast glass form allowed for a high level of light control through the glass’ internal reflections.

The overall layout of the water cascade corresponds with the major diagonal grid of the building. Staggered joints between the glass planks follow the diagonal grid of the support framing below. Accent blocks with polished surfaces matching the Ice Falls incline rhythmically accentuate the diagrid at these staggered joints, while providing points of mirror-like reflection within the field of kinetically activated water reflections.

The waterfall consists of cast glass blocks whose special profiles create an even and controlled flow of water. The large volume of the lobby is dissolved in the luminous plane of water and glass. The rays of light from the clerestories at the elevator floor are captured inside the facetted cast glass accentuating the beauty and brightness of the water’s energy. The crystalline beauty of the glass and the flowing water is the result a series of internal reflections and refractive turbulences, creating the phenomenon of luminosity. 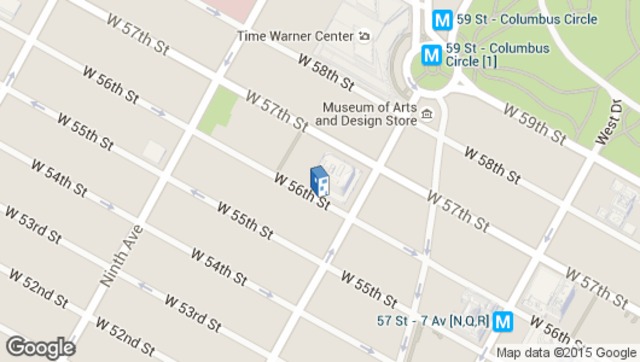