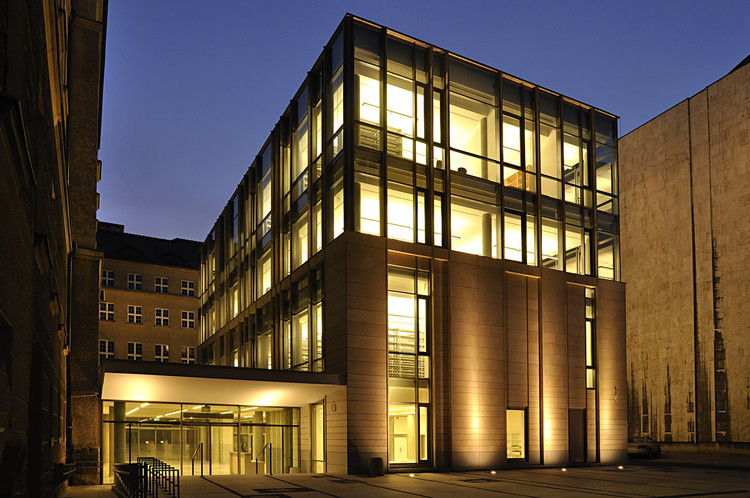 Text description provided by the architects. Polish and Classical Philology Faculty Library of Adam Mickiewicz University is located in the heart of Poznan - in the close proximity to historical buildings from the beginning of twentieth century, in the immediate vicinity of the Poznan Opera House and the Prussian Imperial Castle. It was designed as an extension of the Collegium Maius - the former building of “Hakata” - the Royal Prussian Colonization Commission. The parcel is hidden at three sides by the Collegium Maius and by the building of Regional Government Office.

Our aim was to design of a functional and modern building, restrained in form and yet adjusted to the historical function and context. We have concentrated on the future building users – the students – the design was dictated by their taste and responded to their needs. Another tough task was to design within very strict area limits given in the local urban plan and by specified parcel use – and at the same time we had to satisfy client’s programme which was very extensive in function terms. As a result a very functional yet interesting plan was created – we exploited very carefully the maximum available area without losing the leitmotiv of our idea.

Additional unexpected difficulty was the parcel’s ground-water situation – building was supposed to be located partially above the reminiscence of Poznan city wall and also on an underground watercourse that was disturbed by new structure.

The continuous dialogue with the client during the schematic design phase and during the construction was a big help – we had to compromise some ideas but had also implemented some interesting changes that where result of a brainstorming sessions.

The project was an architectural competition resolved in September 2005. New library building received a form that is a structure divided horizontally in half with a massive sandstone bottom and light glass top - to represent a merge of historical content with a very contemporary form.

Building facades finishes are dominated by two materials - glass and sandstone. Used stone pattern is identical to the existing one at the facades of Collegium Mains facility. At the same time some light rhythm disturbances were introduced – we like to call them “razor blades” – those sandstone forms that are led throughout the entire building elevations and are also further reflected in a floor pattern and in the interiors. 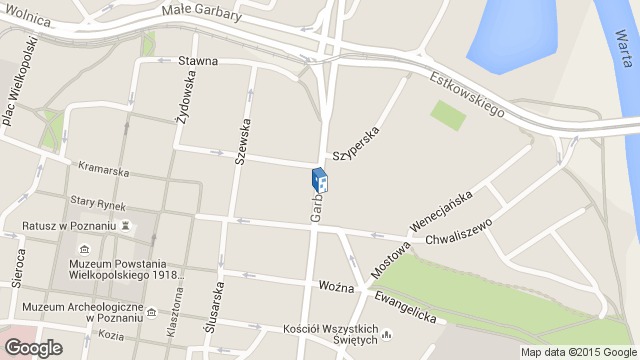 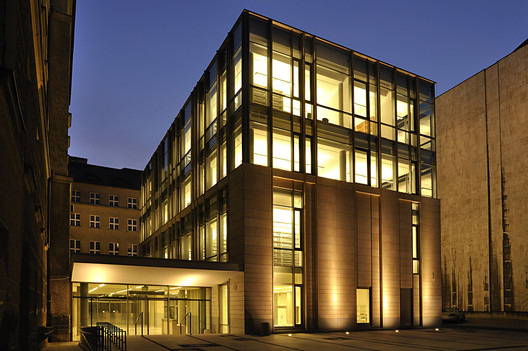