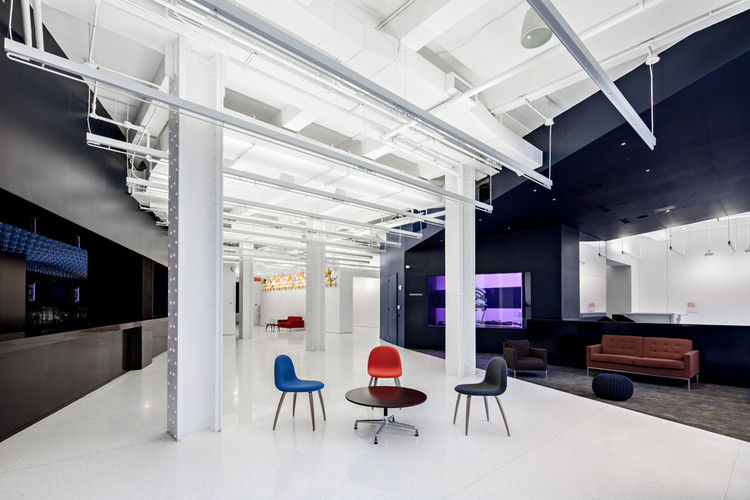 Curving walls throughout the 38,000 square foot forum give shape to the distinct spaces. On the ground level the walls extend far into the former warehouse allowing passersby and users unrestricted views across the floor. They reveal a cross section of the types of activity taking place which include performances, private workshops, music production and broadcasting, aimed at making a statement that the space is different in its use from the shops, galleries, and cafés of the area. Below, on the cellar level, the arcing walls of the capsule-­‐shaped lounge are interrupted only to establish long views from the recording studio located at the south end to the open-­‐air patio at the north. On one of the upper floors, the similarly rounded walls enclose eight collaborative music studio pods. Each has large windows facing onto open workrooms and the city skyline.

Since learning occurs in different kinds of contexts, the street and cellar levels are organized for a range of encounters for groups of varying sizes. The central areas accommodate big gatherings like receptions or performances. In nearby spaces people can interact for an extended period of time in a more personal setting including lounges, a radio studio, living room-­‐like auditorium, production studio, and rehearsal room.

In an interior that is used at all hours of the day, the lighting plays a key role in setting the architectural atmosphere. During the day the ground level receives generous amounts of natural light from high floor-­‐to-­‐ceiling windows, while at night it is illuminated by rows of warm-­‐colored custom-­‐fabricated neon fixtures. Diffused LED lighting illuminates the radio studio and a programmable LED system focuses light on rows of acrylic tubes above the bar. Curved FRG light diffusers and indirect lighting lend an intimate setting to the auditorium while the ceiling structure supports light riggings for more theatrical effects. In smaller ancillary spaces, colored neon and grazing fixtures are employed in combination with high saturation paint. The cellar lounge has a low ceiling embedded with hundreds of linear LED fixtures to create a distributed field of light.

The Red Bull New York studios will be used as a space for experimentation. The programming is geared to encourage exchange and production with the goal being to share ideas, make things, and test the results. For example, the ground level will serve as an event venue for people to meet and talk, at other times as a working studio for producing content inspired by such discussions, and at others as a gallery where that work is displayed, together producing a feedback loop of trial-­‐and-­‐error learning. 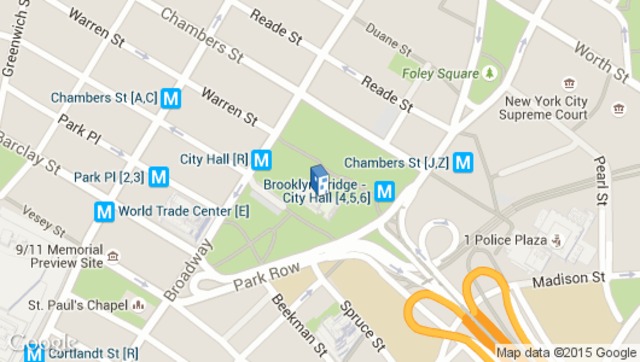 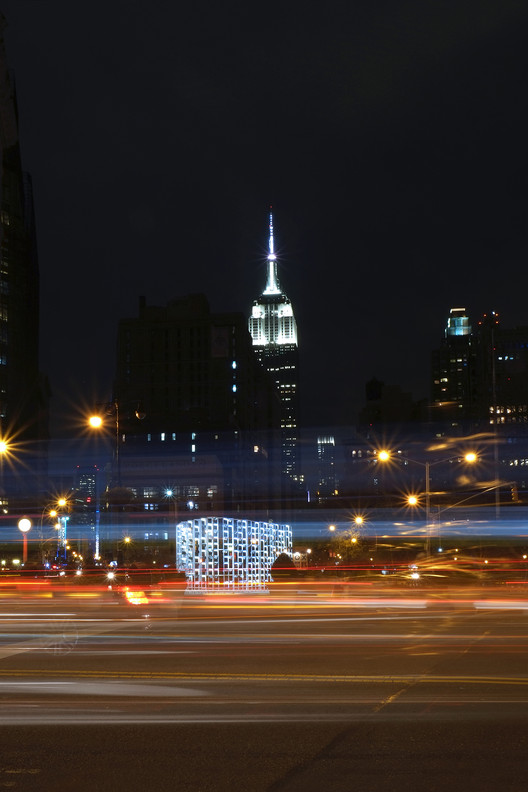