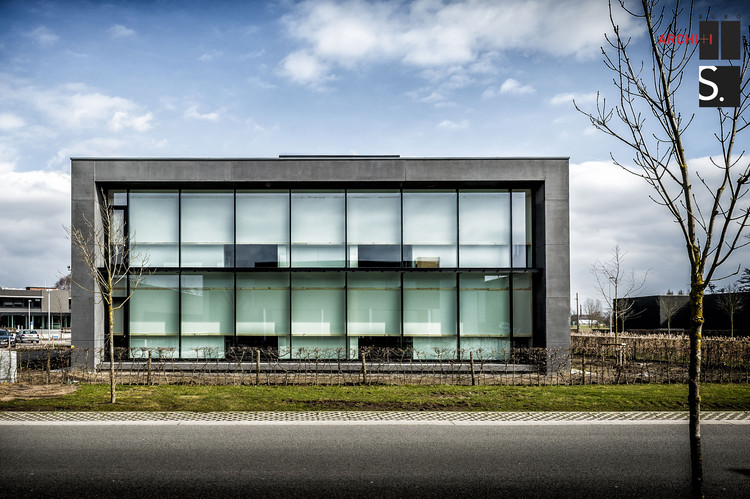 Bekaert nv is the market leader in the metal industry: high-tech metal processing, high-tech materials and coatings based on metal fibre and fibreglass.

The new administrative building is built on a site in Zwevegem, near the Bekaert Technology Center (BTC) site. The architects have opted in favour of a campus model for the building, thus prioritizing the synergy between the new project and the BTC. The building’s implantation, the design of the surrounding area as well as the architectural approach are all conceived in function of this synergy.

The building is situated across the street pattern, partly positioned in parallel to the buffer pond corresponding with the rhythm of the buildings in the Esser industrial zone, partly connected to the ETC buildings. The result is a playful element in the design.

The program consists of two levels with a rooftop level. The building is made up of two office zones that are positioned at an angle. The zone between both volumes is used for the entrance and the lobby with a footbridge. The office zones are on the facade side (in function of the view, air and light). The fixed cores are in the middle zones, i.e., formal and informal meeting spaces, open spaces and internal vertical circulation. Open spaces and skylights create opportunities for night-time ventilation and also introduce natural light into the middle section of the building. The third level has been designed as a penthouse with a multipurpose room with rooftop terrace. The aim was to strike a balance in the architectural plans between transparency and privacy, while respecting auditory comfort. Separate work units alternate with clusters for small groups and larger landscape offices.

The client appreciates the infrastructure’s flexibility, which has been designed in function of the alternating occupation: the finish has been adjusted accordingly. A thermal building envelope, providing for proper insulation, night-time ventilation and other controllable techniques contribute to a longer lifecycle and limited complexity. The result is a building with a qualitative, powerful and simple architecture with a relatively high degree of craftsmanship and finish, which offers optimal comfort, is flexible, sustainable and energy efficient with target coefficients of E60 and EPC30. 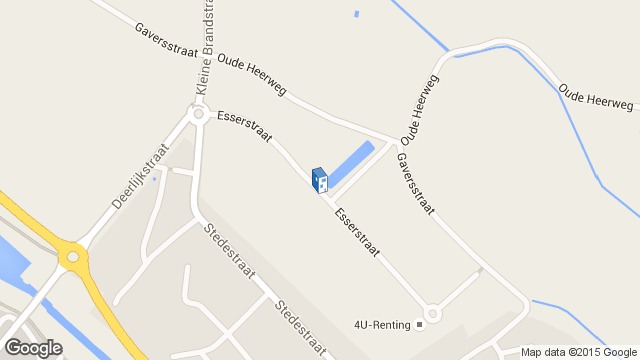