Save
4B / Holscher Nordberg Architecture and Planning 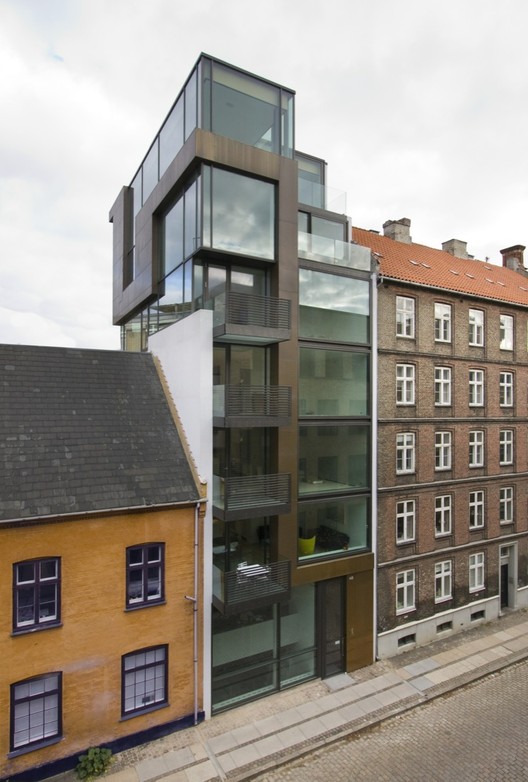 Text description provided by the architects. In the centre of Copenhagen, close to Nyboder, Holsher Nordberg has designed and con-structed a residential project on a very narrow site of seven meters. The structure is unusual in its form, in its detailing and in its relation to the city. The project 4B consists of a slim structure of glass, a plaster gable and a light cladding of Tombac. From the ground to the fourth floor the building is facing north and south. The struc-ture is extruded from the street to the courtyard taking a cue in height from the tall adjacent red brick house and forming a white plaster wall against the 3 storey neighbouring house. From the 4th to 7th floor the building opens towards west and the Østre Anlæg park. The band clad with Tombac flows over the facades from the main entrance to the courtyard, breaking the scale to the historic urban context.

4B is situated in an area characterized by large edifices like The Museum of Art, Nyboder, a local church, Østerport Station and Østre Anlæg, Kastellet and Kongens Have (King's Garden) parks. 4B is part of a street-sequence which consists of a number of different building typologies. The university and the church dominate the street locally with their size and the characteristic brick facades. The church expresses the same massive solidity towards the pavement level in the street as the university building – but becomes more vertically oriented towards the sky than the long horizontal facade of the university's which is facing Stokhusgade. The stringent facade of the university emphasizes the variation in the sequence of facades across the street. The street Stokhusgade is characterized by a 6 storey brick housing project with delicate details and hori-zontal bands which accentuate each floor. The adjacent house (no. 4) consists of a six-storied brick house from 1862, which appears with the detailing characteristic for the decade, a tiled roof and a plain and clear expression. The other neighbour (no. 6) consists of a three-storied house from 1878.

A densifying project like 4B is often evaluated by its ability to adapt to the context such as the surrounding buildings in the street. From the adjacent buildings the project gets its legiti-macy by taking cue in height from the adjacent buildings and respecting the building line. Fur-thermore you will meet hard opposition in regards to the relation between new and old architec-ture in the discussion of densifying the city centre. The historic buildings are regarded with great respect and concern for the preservation of the architectural tradition and detailing. The argu-ments used by the critics of new residential projects are that the architecture is too neutral, ge-neric and smooth without identity or agenda. Or even worse: That the architecture is too self-centred and flashy, disregarding the old building stock and unable to adapt to existing site con-ditions. The critics regard present buildings to be unable to generate quality to their surround-ings. But then how do we develop the city?

The discussion appears to be caught in a dialectic relation between the neutral role where ar-chitecture participates as a wall in public space and the opposite role where architecture be-comes an event or an object that generates experiences and spaces which can break with the rules of the context. Is this the only possible repertoire or can a more subtle programme be made for densifying the city than what is already defined by the structure/site dialectic. One atti-tude could be that densification should express some kind of relation to the context and the pre-sent time. This would create a relational, coherent structure which intentionally enters the exist-ing row of houses and ages already represented in the street and in the district. The interesting challenge with a densification project like 4B is that the prominent surroundings request an ar-chitectural ability to create coherence between the architecture and the place.

You could understand the project 4B as a bridge between two opposite tendencies – one is characterized by the specific and generic contemporary demands towards architecture; charac-ter of space, materials, transparency and lifestyle. The other is locally anchored and imitates the result of construction techniques and materials of the context from the past and as such consoli-dates the projects relation to the context. 4B can be considered a contribution to the discussion of the architectures ability to create space, experience and to express a contemporary attitude towards urban living. The project desires to enter the local urban scene as a natural contributor. 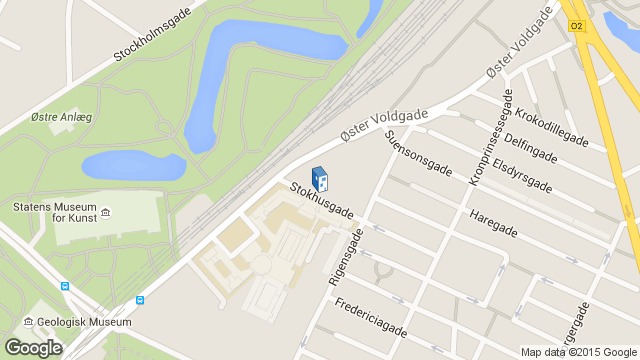 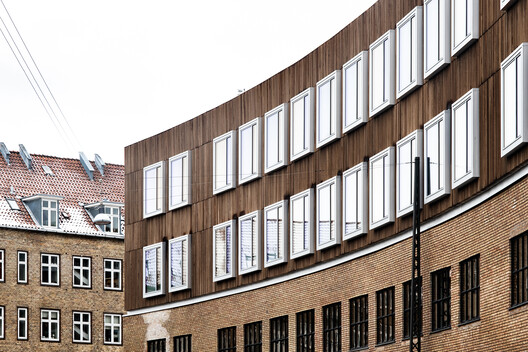